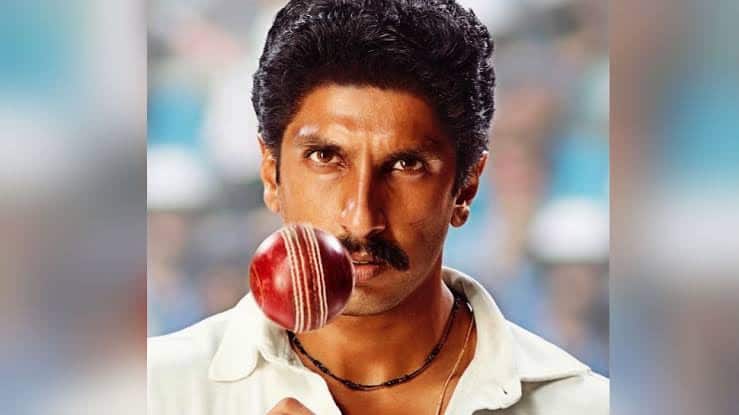 Ranveer, who plays Kapil in the film, took to social media on Monday and shared a picture in which he is seen recreating the trademark Natraj shot, or one-legged hook shot, of the former Indian cricket team captain.

"Hats off Ranveer!" Kapil wrote, retweeting Ranveer's post, which the actor had posted earlier with the caption: "NATRAJ SHOT #RanveerAsKapil."

Kapil relished packing off the ball over the ropes playing the Natraj shot at the 1983 Cricket World Cup, which India eventually won. He used the shot with significant prowess on June 18 1983 when he scored a game-changing 175 not out against Zimbabwe at Tunbridge Wells, England. India were struggling at 17 for five wickets in the match at one point, and went on to win by 31 runs thanks to Kapil's splendid knock.