A picture of the invitation has started doing rounds on the internet. 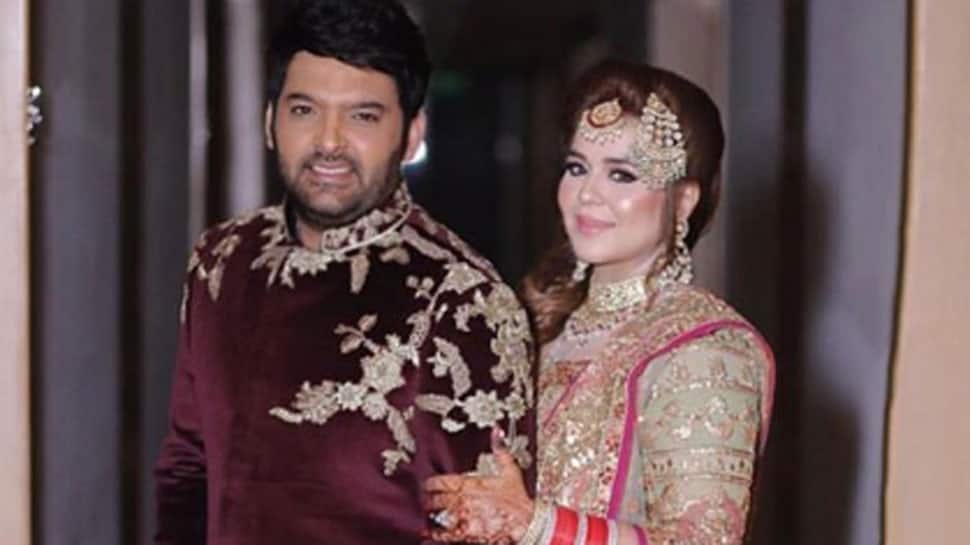 New Delhi: Ace comedian Kapil Sharma tied the knot with his long time girlfriend Ginni Chatrath in December 2018 . The couple got married in a Punjabi wedding at Jalandhar on December 12. A day later, Ginni and Kapil solemnized their wedding as per Sikh traditions and congratulations poured in for the star comedian and his wife.

Looks like Kapil's wedding festivities haven't yet concluded. The comedian is all set to host another wedding reception in Delhi on February 2! Yes, you read that right.

As per a Bollywoodlife.com report, Kapil and Ginni's Delhi wedding reception is being organized for the political fraternity. The report further states that the wedding is being organised by Kapil Kumria, a good friend of the comedian.

Not only this, a picture of the invitation has started doing rounds on the internet.

On a related note, Kapil hosted a wedding reception in Amritsar on December 14 that had his close friends and family.

Then, on December 24, the couple hosted their second wedding reception in Mumbai. Powe couple Deepika Padukone and Ranveer Singh also attended the Mumbai reception and congratulated the newlyweds.

On the work front, Kapil recently made his comeback on television with a brand new season of 'The Kapil Sharma Show'. The show is doing good so far and fans are elated to have their favourite comedian back!

This pic of Kareena Kapoor and Rohit Shetty is breaking the internet!