Karan Johar trolled again, this time for viral tweet claiming Ayushmann Khurrana was rejected by him: We only work with stars

Twitter has dug out that particular excerpt in which he recalled being rejected by Karan Johar in 2007 and he was allegedly told: “We only work with stars”. 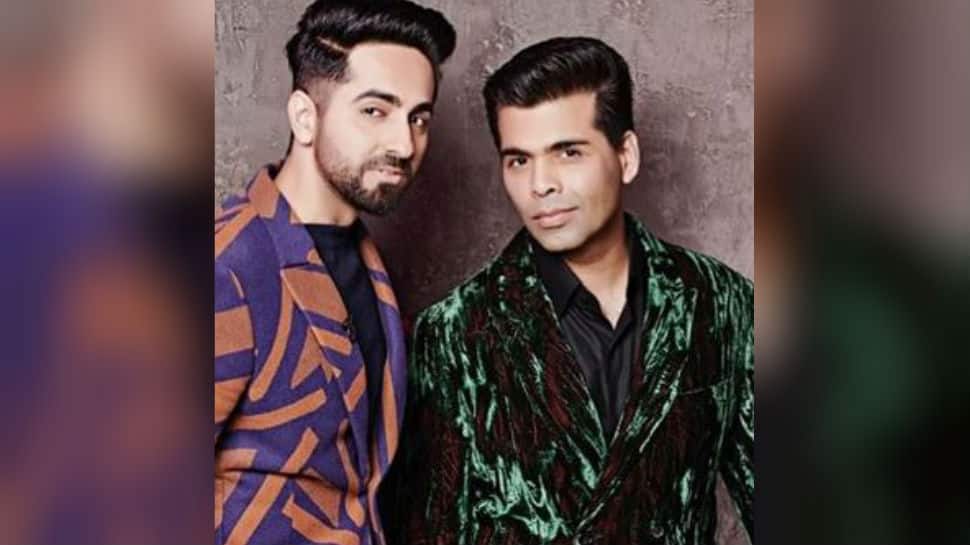 New Delhi: Actor Sushant Singh Rajput’s death has brought the nepotism debate back. The one person who is facing massive backlash is filmmaker Karan Johar, accused of “being tolerant only towards the star kids”. Meanwhile, a section of the internet called out the ‘elite club of Bollywood’ for their ‘fake condolence messages’ after Sushant’s death.

The internet earlier revisited a ‘Koffee With Karan’ clip in which Alia Bhatt failed to recognise Sushant and said, “Sushant Singh Rajput, who?”, when asked to rate him along with two other stars.  And, now, tweets claiming actor Ayushmann Khurrana was once rejected by Karan Johar have gone viral.

The revelation was apparently made by Ayushmann himself in his book ‘Cracking the Code: My Journey in Bollywood’. Twitter has dug out that particular excerpt in which he recalled being rejected by Karan Johar in 2007 and he was allegedly told: “We only work with stars”.

Here’s a tweet carrying the excerpt in question, claiming to be from Ayushmann Khurrana’s book:

This is how Ayushmann khurrana exposed Karanjohar once  #JusticeForSushantSinghRajput#karanjohargang pic.twitter.com/KEMubK0zWK

Something similar had also happened on ‘Koffee With Karan’ when Ayushmann was invited to the show. The National Award-winning actor had then recalled how Karan had given him his office landline number, but when he called to speak to the filmmaker, the person said, “We don’t audition outsiders and newcomers”.

To which, the filmmaker said, “I gave you the right number. That was very sweet of me! I must’ve thought that you have potential.”

Ankita Lokhande wouldn’t leave him till he smiled: Vikas Gupta as he remembers Sushant Singh Rajput