The Kapoor family, who have been in London for a while now, is having a gala time together. 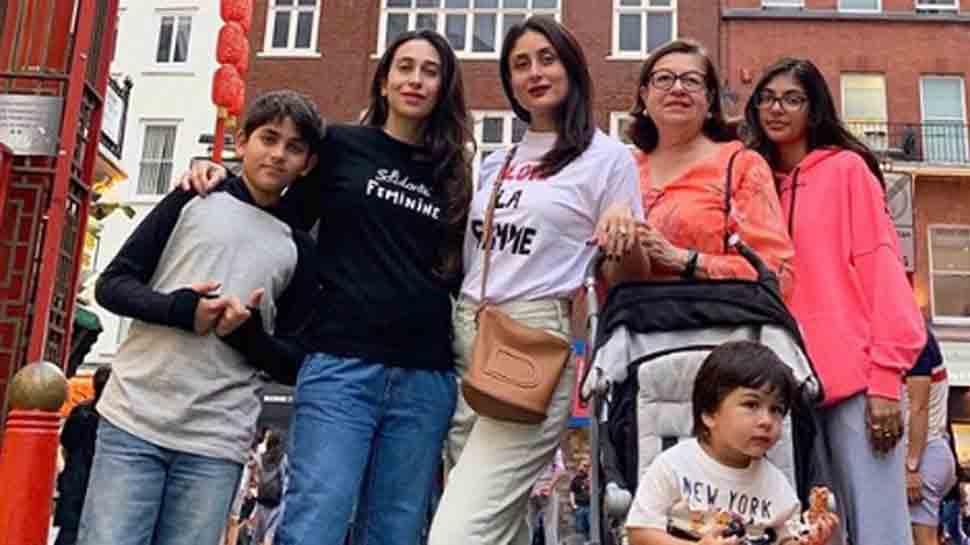 New Delhi: Karisma Kapoor is enjoying a chilling getaway in London with her family and she has been making sure to share sneak-peek from her vacation diary with her Insta followers. Her Instagram account is loaded with pictures and stories from her London vacation.

On Thursday, Karisma shared a fam-jam picture on Instagram which featured her sister Kareena Kapoor Khan, Taimur, her children - Samaira and Kiaan and her mother Babita. "#famjam #londondiaries," she captioned the image, which has far been liked over 97k times.

Karisma also shared a boomerang video with Bebo, which she captioned, "And while she pouts i pose #sistersarethebest."

And while she pouts i pose _____ #sistersarethebest __

The sisters' London diaries have been going on for a while now with Karisma documenting their moments together in the dazzling city.

From Arjun Kapoor to Varun Dhawan, Bollywood celebs take a sip of old age with FaceApp