Bollywood couple Saif Ali Khan and Kareena Kapoor once again proved that they are the true royal couple in the tinsel town. The couple, dressed in colour-coordinated attires, stole everyone's thunder at Anil Kapoor's Diwali bash. 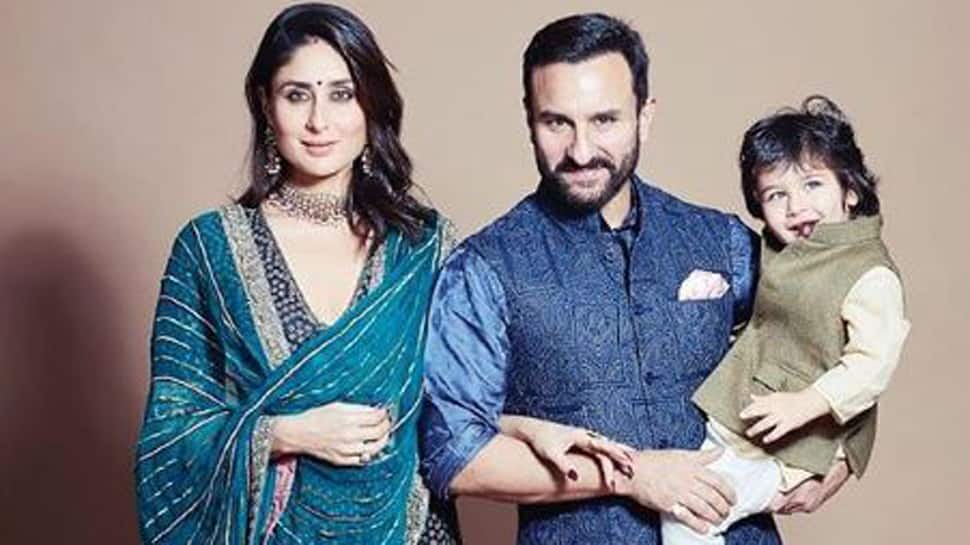 Although neither Saif nor Kareena are on social media, their pictures from the Diwali bash were shared on social media by a few fan clubs of the actress. Dressed in a teal-blue lehenga, Kareena ups the glamour quotient several notches high while Saif looks like the true nawab in a blue kurta paired with Nehru Jacket. The picture also features the star of their lives Taimur, who is seen in an olive green Nehru Jacket and lemon yellow kurta pyjama. Check out the pictures here:

Earlier on Diwali, Kareena and her munchkin Taimur were seen outside Karisma Kapoor's office for Diwali puja. Bebo looked regal in pastel coloured attire and also flaunted her sindoor while Taimur was as cute as ever in a pink kurta pyjama.

Saif and Kareena are married for over seven years now. The power couple has shared screen space in several movies such as Omkara, Kurbaan, Tashan and Agent Vinod.

On the work front, Kareena is busy with 'Good Newzz' with Akshay Kumar, Angrezi Medium with Irrfan Khan. Bebo will also be in Karan Johar's magnum opus Takht, which has an ensemble cast.

Meanwhile, Saif's latest release Laal Kaptaan failed to create magic at the Box Office. Apart from this, Saif has Dil Bechara, Jawaani Jaaneman and period drama 'Taanaji: The Unsung Warrior' in the pipeline.