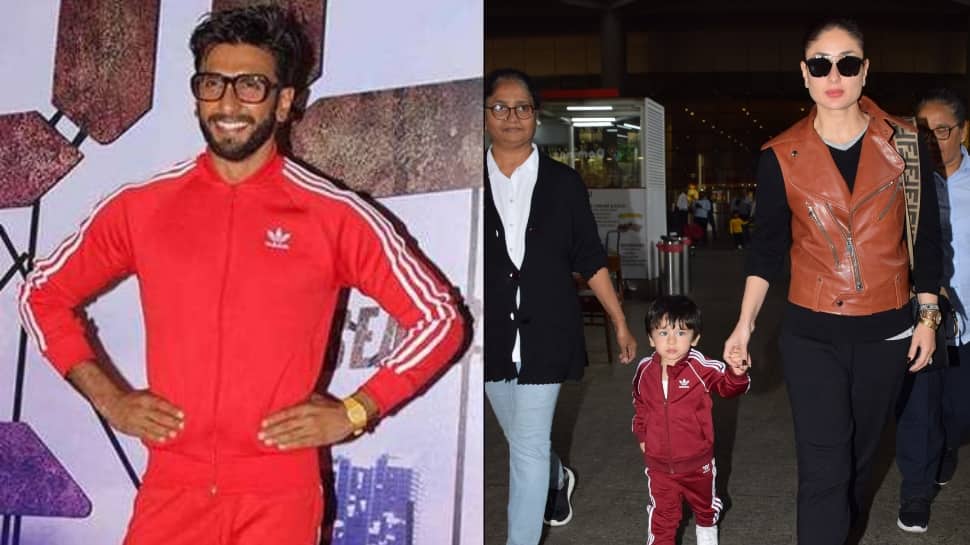 New Delhi: Bollywood diva Kareena Kapoor, who recently attended a fashion-based award ceremony in Mumbai, said that her son Taimur Ali Khan is the most stylish man alive and has better fashion sense than the king of quirks Ranveer Singh.

Bebo, who was honored with an award at the event, said in her acceptance speech, "I am accepting this award on my son Taimur’s behalf, the most stylish man alive. And he is definitely more stylish than you Ranveer.”

Taimur is indeed the most stylish child alive and the biggest superstar in Bollywood. Even years before his big debut, he is chased more by the paparazzi than some of the A-listers. His pictures sell like hotcakes and they go viral on social media in no time. Although Saif and Kareena have expressed their displeasure over the constant media attention that their son gets, the frenzy around him doesn't seem to die down anytime soon. Baby Tim,on the other hand, is quite fond of his photographer friends and addresses them as 'media', every time he spots them. He never fails to acknowledge them irrespective of how his parents feel about the media.

Kareena, on the other hand, will share screen space opposite Ranveer in Karan Johar's mega project Takht that stars a bevy of B-town top shots including Alia Bhatt, Anil Kapoor, Janhvi Kapoor, Bhumi Pednekar and Vicky Kaushal. The film reportedly a historical drama, will go on floors sometime around September 2019.
Meanwhile, Bebo is shooting for her upcoming film Good News which also stars Akshay Kumar in the lead role. The film will hit the screens later this year.