The Kapoor sisters enjoyed a lazy day at a park in London. 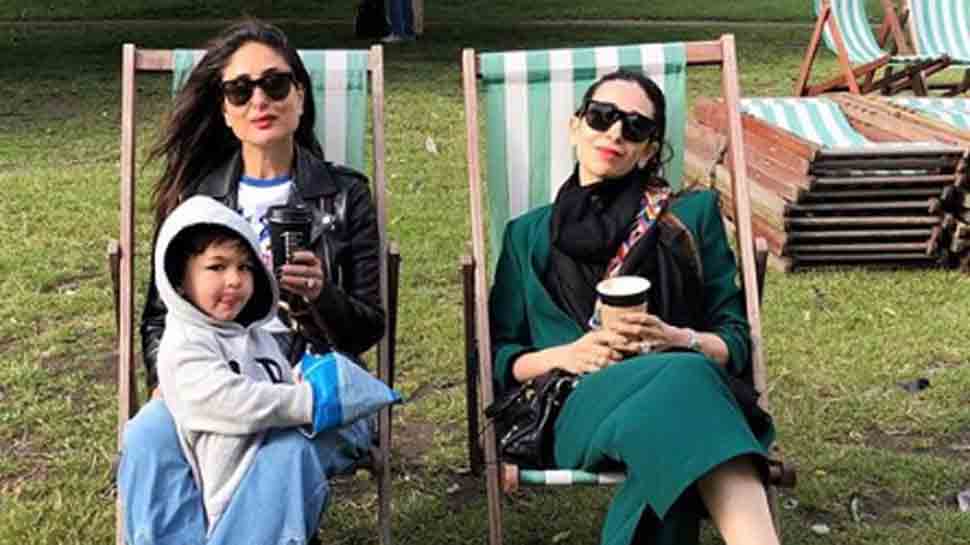 New Delhi: Actress Kareena Kapoor is seen enjoying her spending time in London with hubby Saif Ali Khan and little munchkin Taimur and her siser Karisma Kapoor. On Saturday, the Kapoor sisters enjoyed some quality time in each other's company at a park with their children.

Karisma shared a picture on Instagram on Saturday which showed her and Kareena chilling on loungers with big cups of coffee in their hands. And while Kareena has trapped Taimur between her legs, he is too busy munching on some snacks.

He also cameras a cheeky expression by sticking his tongue out. Karisma captioned the picture as, "Lazy saturday... #holidays." 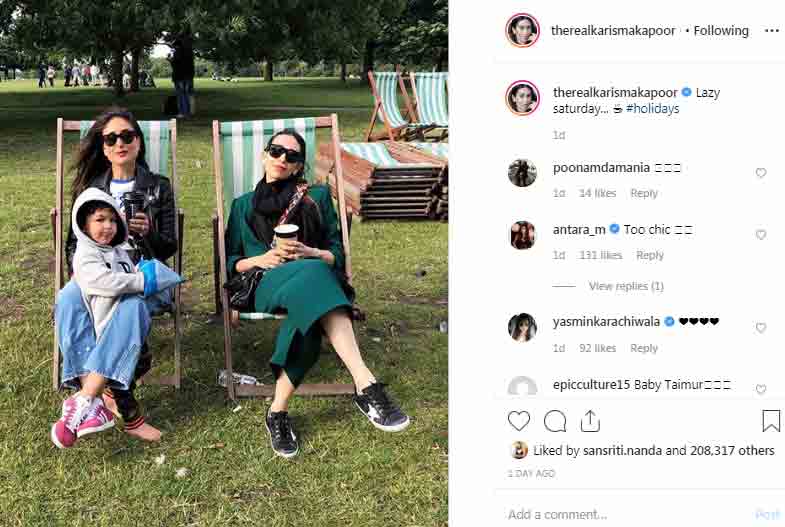 Just another day, Karisma shared a picture with Kareena, Taimur and her kids - Samaira and Kiaan as the family poses together next to a lake. 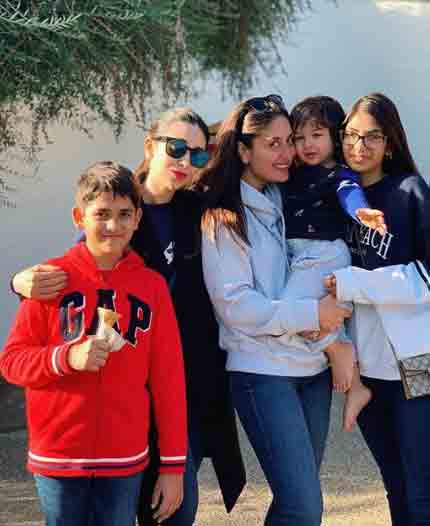 In another picture, Taimur is seen holding Kiaan's hand as they take a walk on the street. 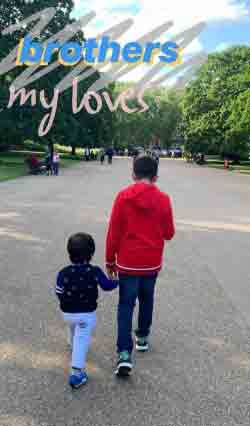 Earlier, Kareena and Saif were holidaying in Tuscany. Later, Saif and Kareena flew to their favourite destination London where they were joined by Karisma and her children.

On the work front, Kareena is looking forward to the release 'Good News', her film with Akshay Kumar, Diljit Dosanjh and Kiara Advani. Next up, she will begin filming 'Angrezi Medium' opposite Irrfan Khan and later, the multi-starrer 'Takht'.

She is also geared up for her debut as a judge on television show 'Dance India Dance'. Kareena was last seen in 'Veere Di Wedding', which released in June 2018.

Meanwhile, Karisma has shot for her debut web-series 'Mentalhood', which is yet to be released.