The actress was a splash of coolness at the Mumbai airport on Thursday morning as she arrived back from London to shoot for her debut TV show. Check out her latest pictures. 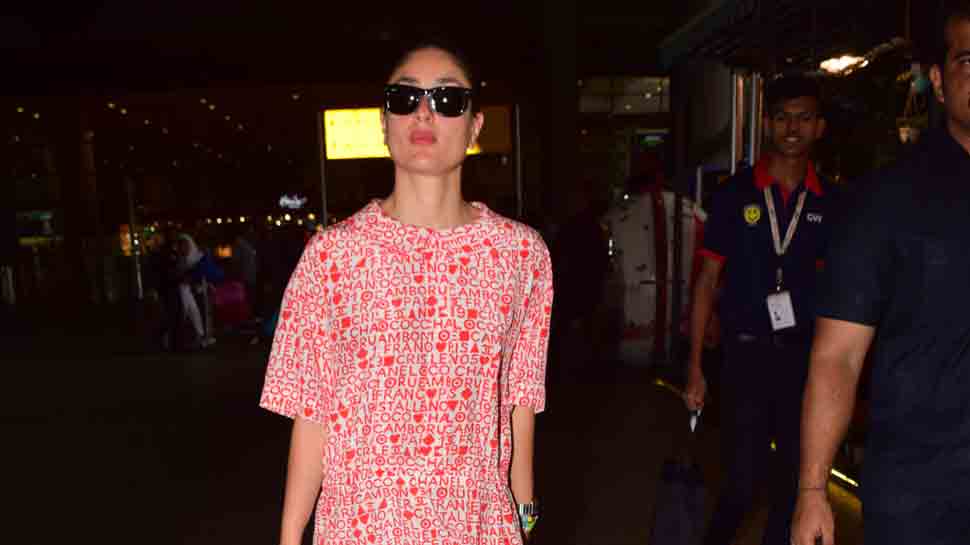 New Delhi: Kareena Kapoor Khan, who has been living in London for a while now, has been shuttling between the UK capital and Mumbai because of her professional commitments. Kareena recently made her debut on television with 'Dance India Dance' and is seen as one of the three judges on the show.

Kareena, who has been shooting on a work-cum-travel trip to London, has been coming to the bay for a day or two and heading back to London once she is through with her TV show shoot. And on Thursday too, the 'Bodyguard' actress was spotted at Mumbai airport. And since Bebo was seen arriving alone, without her little munchkin Taimur, we assume that she will be heading back to London as soon as she finishes shooting for the next episode of 'DID'.

A fashion diva that she is, Bebo looked red hot in a comfortable red and white printed outfit she wore on the runway. She teamed the outfit with white sneakers, a black handbag, sunnies and her hair tied into a bun. Well, the B-town beauty surely knows how to turn heads with her glamour quotient. Right from her choice of clothes to hair and make-up — everything ticks the right boxes to complete her look of the day.

Take a look at her pictures from the airport: 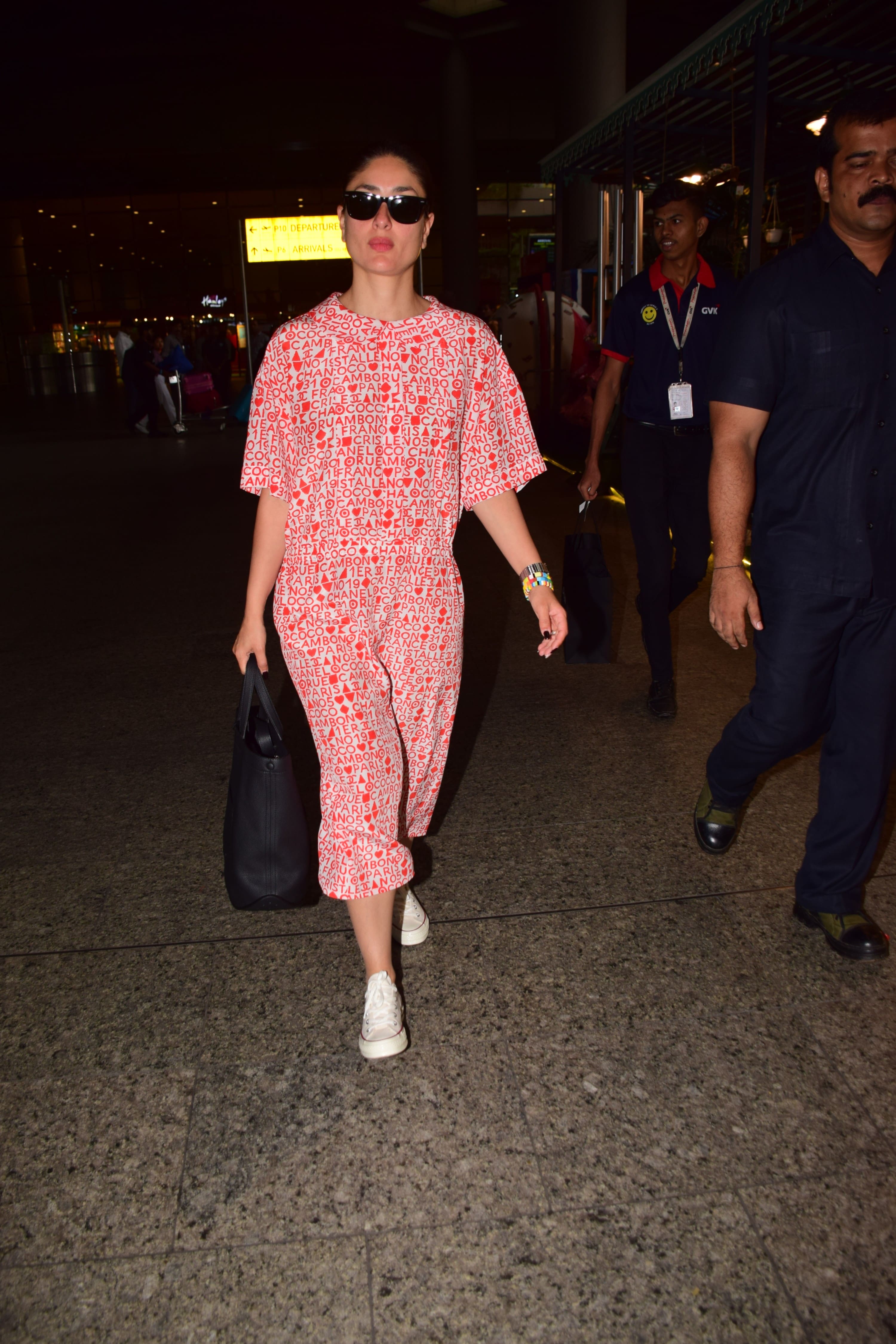 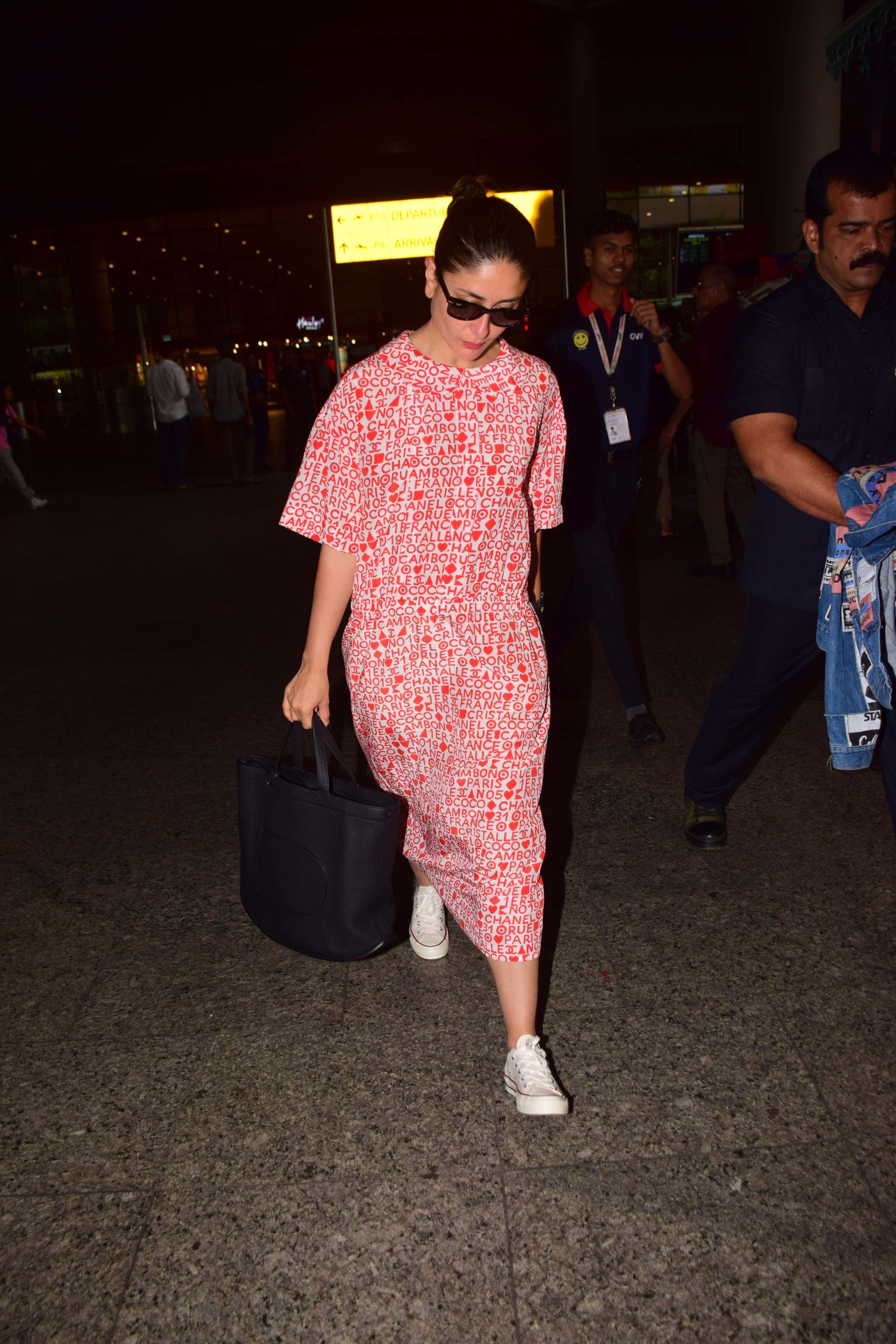 Kareena, who has been stationed in London for over a month now, is often papped soaking in some sun and spending time with her family, and pictures from her vacay go viral on the internet the moment they surface. The actress was recently seen having a ball of a time with her sister-in-law Soha Ali Khan, Kunal Kemmu and their daughter Inaaya Naumi Kemmu.

On the work front, Kareena is awaiting the release of 'Good News' starring Akshay Kumar, Diljit Dosanjh and Kiara Advani. She has also finished shooting for 'Angrezi Medium' in which she is doing a cameo. Speculations are there she will also do a cameo in her husband Saif Ali Khan's upcoming film 'Jawaani Jaaneman' and will play his ex-wife or former lover.

The stunner also has Karan Johar's multi-starrer period drama 'Takht' in her kitty which will hit the screens in 2020.