The Kapoor sisters are currently in London where they are having a gala time with their family.

New Delhi: Kareena Kapoor Khan is one of those actors from Bollywood, who doesn't have a presence on social media. However, her pictures and videos often find their way to the internet and make her fans go weak on their knees, thanks to her darling sister Karisma Kapoor.

Karisma is quite active on Instagram and regularly shares pictures of Bebo. Her Instagram account is flooded with pictures and stories from her London vacation. The Kapoor sisters are currently in London where they are having a gala time with their family — Saif Ali Khan, Taimur, Kiaan, Samaira, Babita and Randhir Kapoor.

In the meantime, Kareena who looked absolutely stunning in black. Kareena is seen in an all-black ensemble with no make look and is posing for the camera. Karisma captioned the picture as "#stunning", with a heart emoji. 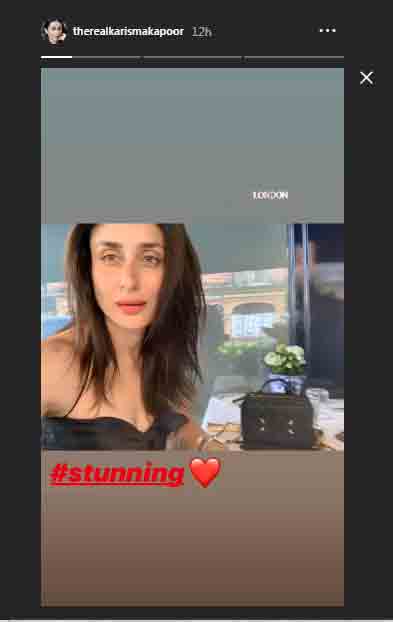