Karisma Kapoor flies back from London with children, twins with mother Babita in black — Pics inside

The 'Dil Toh Pagal Hai' actress was spotted at Mumbai airport in the wee hours on Friday.

New Delhi: Karisma Kapoor, who had been vacationing in London with her children — Samiera and Kiaan, mother Babita and sister Kareena Kapoor Khan and her family, has arrived back to Mumbai. Karisma was snapped at Mumbai airport along with her children and mother.

Karisma and Babita were seen twinning in black with a hint of red. While Karisma was seen in a black sweatshirt which she wore with black pants, Babita was seen in red tee, black pants and a black front open shrug. Samaira and Kiaan, on the other hand, were comfortable dressed up. 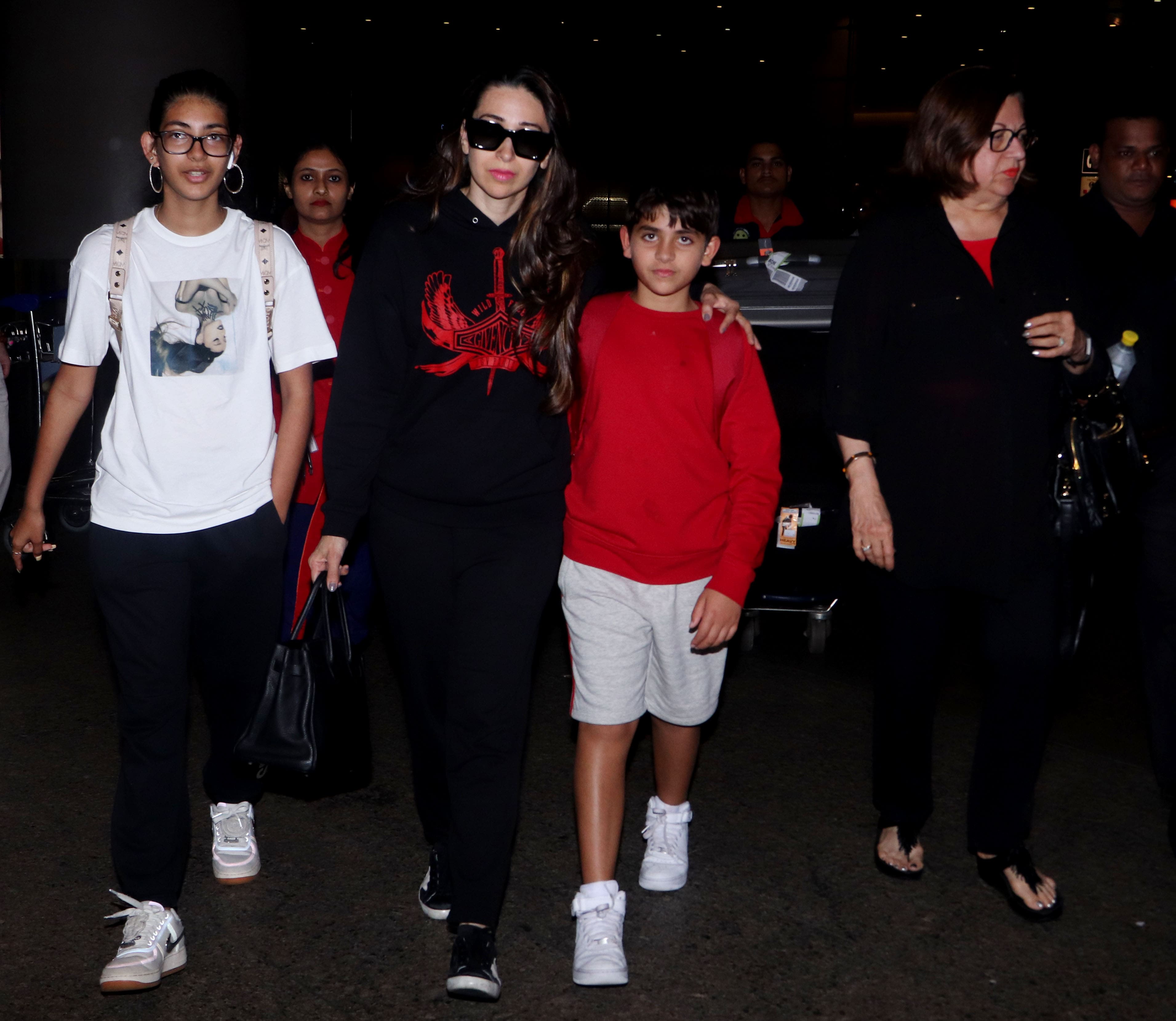 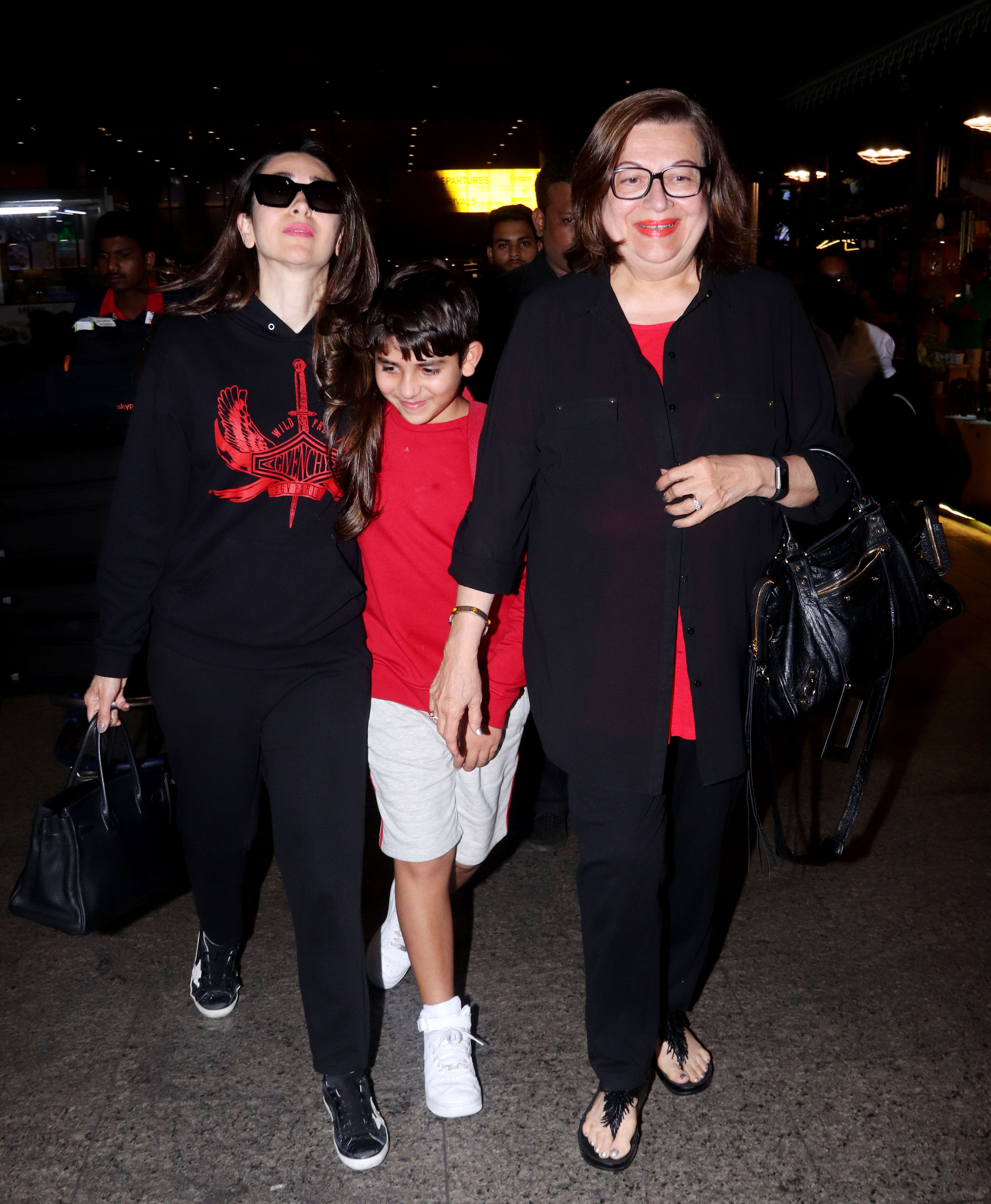 Karisma recently ringed in her 45th birthday in London along with her family. Pictures from her London vacation are all over the internet.

In the meantime, Kareena and Saif, who are on a work-cum-leisure trip to London, have stayed back. On Thursday, they were joined by Soha Ali Khan, Kunal Kemmu and their daughter Inaaya Naumi Kemmu.

Karisma has hit films like 'Raja Hindustani', 'Dil To Pagal Hai, 'Hero No.1', 'Biwi No.1', 'Dulhan Hum Le Jayenge', 'Hum Saath-Saath Hain', 'Fiza' and 'Zubeidaa' to her credits. She made a comeback with 2012's 'Dangerous Ishqq', which, however, failed to deliver any magic to the Box Office. She was last seen as a cameo in Shah Rukh Khan's 'Zero'.

She is all set to make a comeback to acting with ALTBalaji's upcoming web series 'Mentalhood'. Karisma plays a small town mom in the web-series who tries to navigate through this jungle of Mumbai momzillas.