Saif Ali Khan and Kareena Kapoor Khan got married on October 16, 2012, which was a private affair. 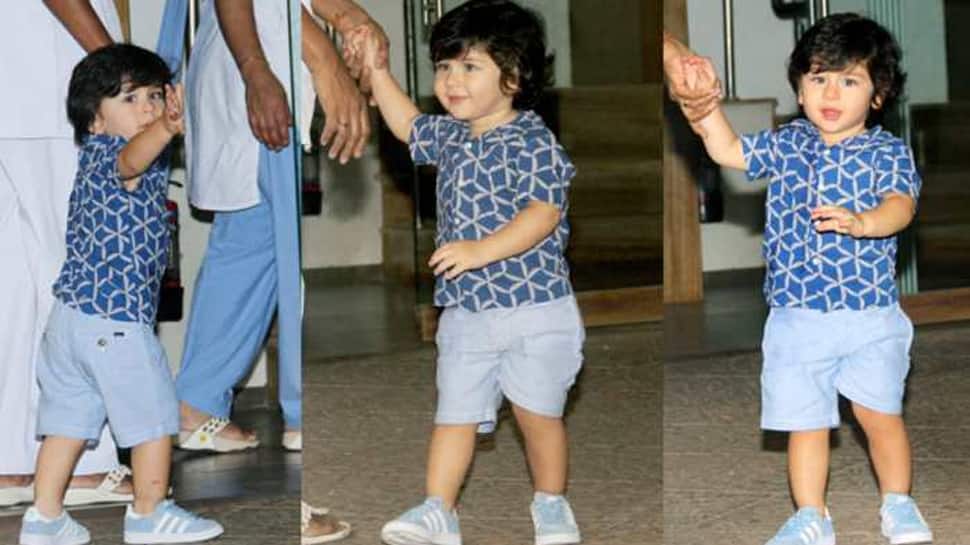 New Delhi: One of the most adorable star kids around, Taimur Ali Khan has turned 3 today and the internet is flooded with his pictures and videos. He is loved by the paps who follow his moves almost every day without a fail.

Aunt Karisma Kapoor too took to Instagram and posted an adorable picture with the birthday boy. She wrote in the caption: Birthday Munchkin

Saif Ali Khan and Kareena Kapoor Khan got married on October 16, 2012, which was a private affair. On December 20, 2016, the couple was blessed with Taimur Ali Khan Pataudi, who today is as popular as his star parents.

Tim Tim has several fan clubs dedicated to him on social media as people want to get their daily dose of Taimur without a fail.

Earlier in the day, Sara Ali Khan too shared a bunch of cutesy pictures on Instagram, wishing little brother a very happy birthday. Also, Soha Ali Khan like a cool aunt posted pictures of daughter Inaaya and Taimur on his birthday with a heartwarming wish in the caption.

Nicki Minaj urges rappers to be less political in lyrics