Sara Ali Khan and Kartik Aaryan were recently spotted in Juhu, Mumbai and were seen exiting their dance studio after rehearsals.

New Delhi: Bollywood's rumoured love birds Kartik Aaryan and Sara Ali Khan make headlines the moment they are snapped together. While these two haven't directly admitted to being together in public, the pictures and videos speak volumes!

Sara and Kartik were recently spotted in Juhu, Mumbai and were seen exiting their dance studio after rehearsals. The two looked endearing as Sara wore a white tank top and shorts while Kartik complimented her perfectly wearing an all-black attire. The 'Sone Ke Titu Ki Sweety' star is seen holding an umbrella to protect Sara from the rain and the two are all smiles as the paps go crazy clicking their pics.

Check out these pictures: 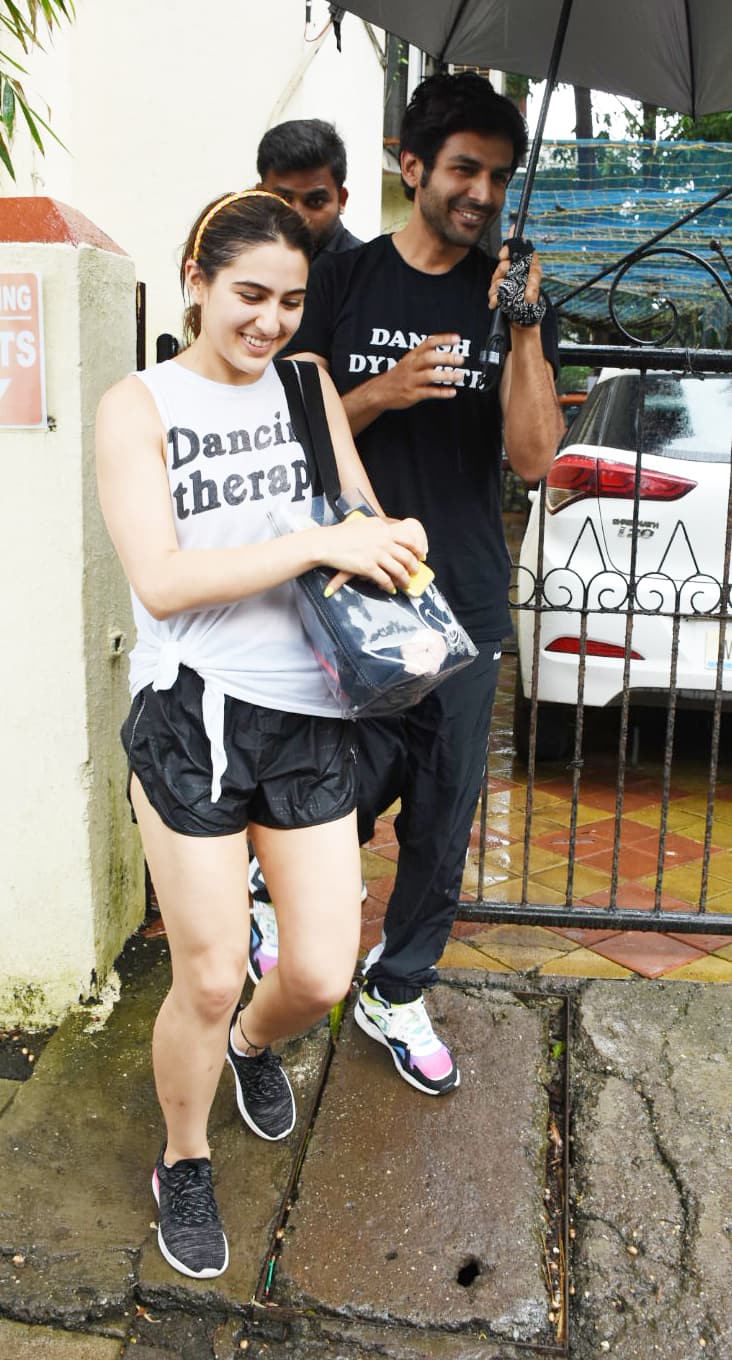 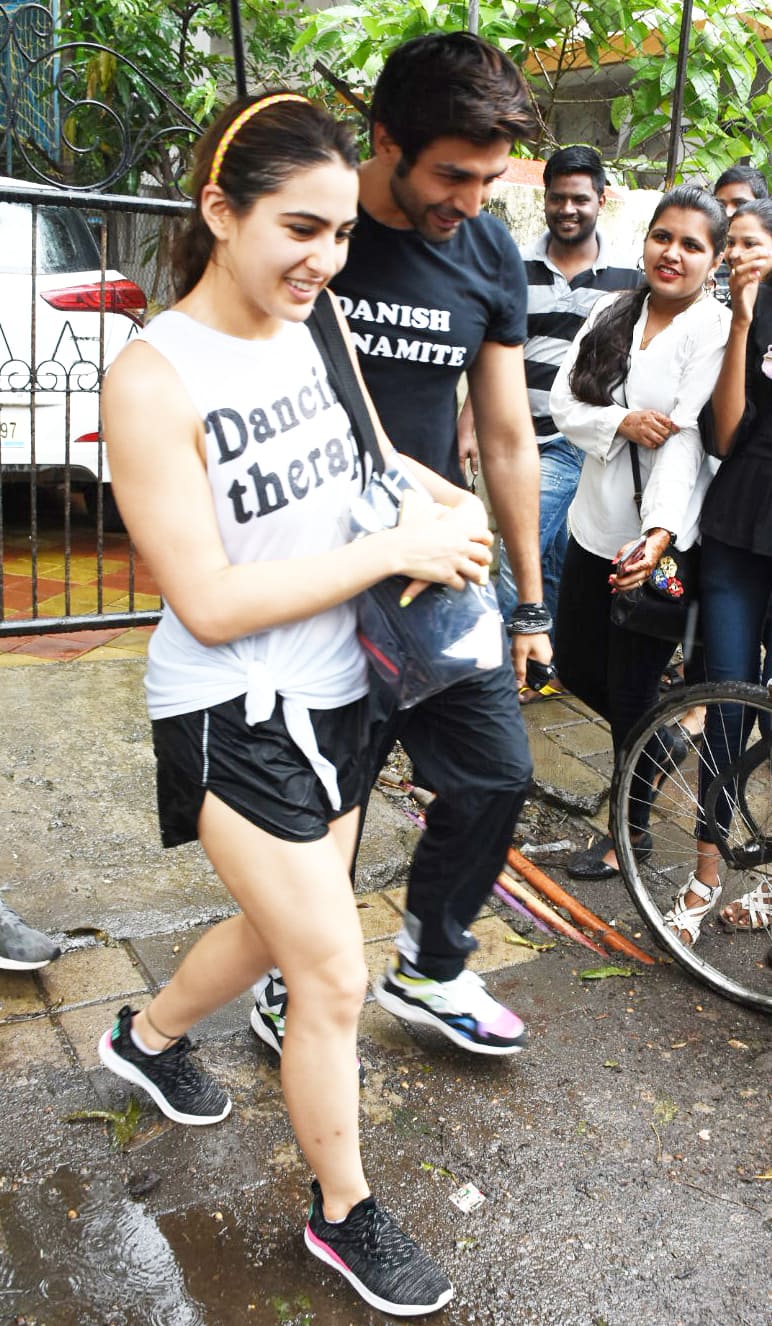 Sara and Kartik have been paired opposite each other in Imtiaz Ali's 'Aaj Kal'. The shooting of the film has been wrapped up and we now eagerly await to watch these two weave magic on the silver screens!

The young and talented actors have been rumored to be in a relationship ever since they started shooting for the film.