Bollywood actor Ranveer Singh and Alia Bhatt have been lauded for their exemplary performance in Zoya Akhtar's directorial Gully Boy and the latest to join their list of admirers is Katrina Kaif. 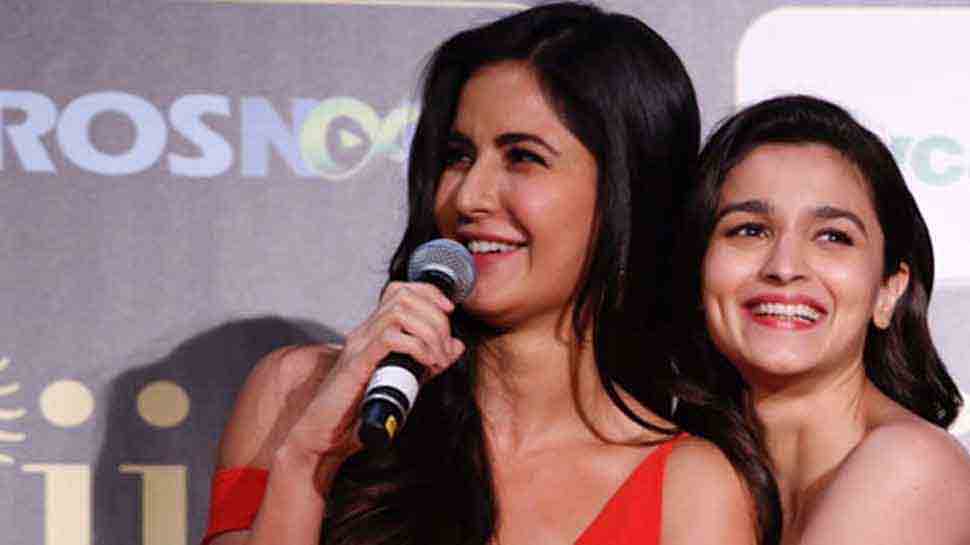 New Delhi: Bollywood actor Ranveer Singh and Alia Bhatt have been lauded for their exemplary performance in Zoya Akhtar's directorial Gully Boy and the latest to join their list of admirers is Katrina Kaif.

Katrina Kaif took to Instagram stories and shared a review of the film. She wrote: “My dearest @zoieakhtar your time is here and how, you are such a leader and visionary, so fearless and always forging a new path @ranveersingh all heart and soul, what craft RESPECT @aliaabhatt you light up the screen words fall short to describe you @siddhantchaturvedi just phenomenal unforgettable performance, and the entire cast are just outstanding.”

Earlier, talking about her equation with best friend Alia Bhatt, Katrina had said, "Who she was dating was not relevant to the equation that I shared with her. So why should that equation change?"

For the unversed, Katrina and Ranbir were rumored to be in a relationship back in the year 2008. Since Katrina and Alia are good friends, eyebrows raised when rumours of the latter dating Ranbir surfaced.

Soon after it emerged that Ranbir is dating Alia, rumour mills were abuzz with news of animosity between Katrina and the 'Raazi' actress. However, these were mere speculations.

As per reports, Alia and Ranbir got close to each other on the sets of Ayan Mukerji's 'Brahmastra'.

In the meantime, Alia is currently busy with Ayan Mukerji's 'Brahmastra' trilogy also starring Ranbir, megastar Amitabh Bachchan and Mouni Roy in pivotal roles. She has Zoya Akhtar's Gully Boy and Karan Johar's 'Kalank' and 'Takht' in her kitt.

Katrina is busy with Ali Abbas Zafar's 'Bharat'. The film is set to arrive in theatres during Eid this year.