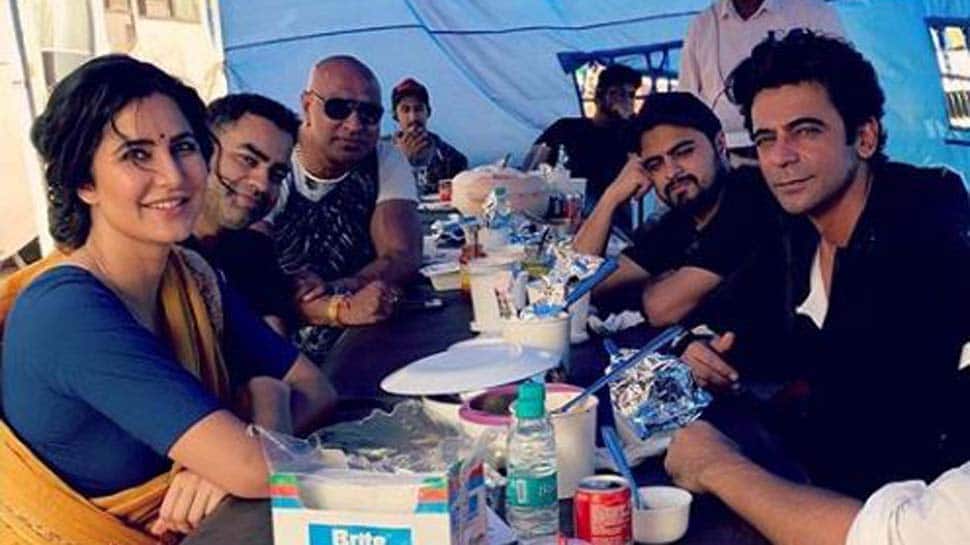 New Delhi: After the Zero debacle, Katrina Kaif is all set to star in Salman Khan starrer Bharat. The team is on a shooting spree and several pictures from the sets have flourished on the internet. The film has been high on buzzword ever since it was announced and the intense teaser has made us all even more excited for the release.

Katrina, who plays the lead role in the film, posted yet another picture from the sets and it has Sunil Grover in it. She captioned the picture "lunch break" but we certainly cannot take our eyes off her de-glam look.

Bharat' has an ensemble star cast with the likes of Disha Patani, Sunil Grover, Tabu and popular television actor Aasif Sheikh playing pivotal roles. The shoot of the film began in July this year with the cast and crew travelling to Malta, Abu Dhabi, Mumbai and Punjab's Ludhiana.