Janhvi, who was over the moon happy to have her home, shared a picture on her Instagram in which she can be seen welcoming her baby sister with a squishy hug. 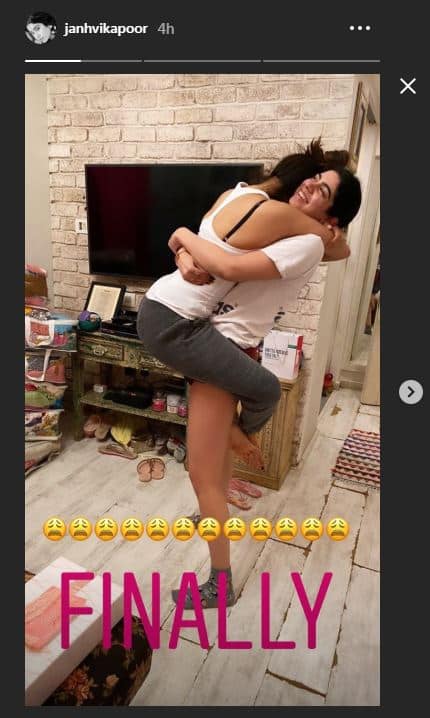 On the professional front, Janhvi has projects like 'Gunjan Saxena—The Kargil Girl', Takht and Dostana in the pipeline.