On the work front, Nupur Sanon was seen in a music video by singer B Praak, titled 'Filhaal' with superstar Akshay Kumar.

New Delhi: Bollywood actress Kriti Sanon and sister Nupur Sanon were recently spotted at the airport. The paps on duty clicked several pictures of the stunning Sanon sisters and they happily obliged for clicks.

The sisters turned heads in neon shade sweater top and black tights. Kriti Sanon picked up florscent neon while Nupur wore a pink for her airport outing. Check out their photos: 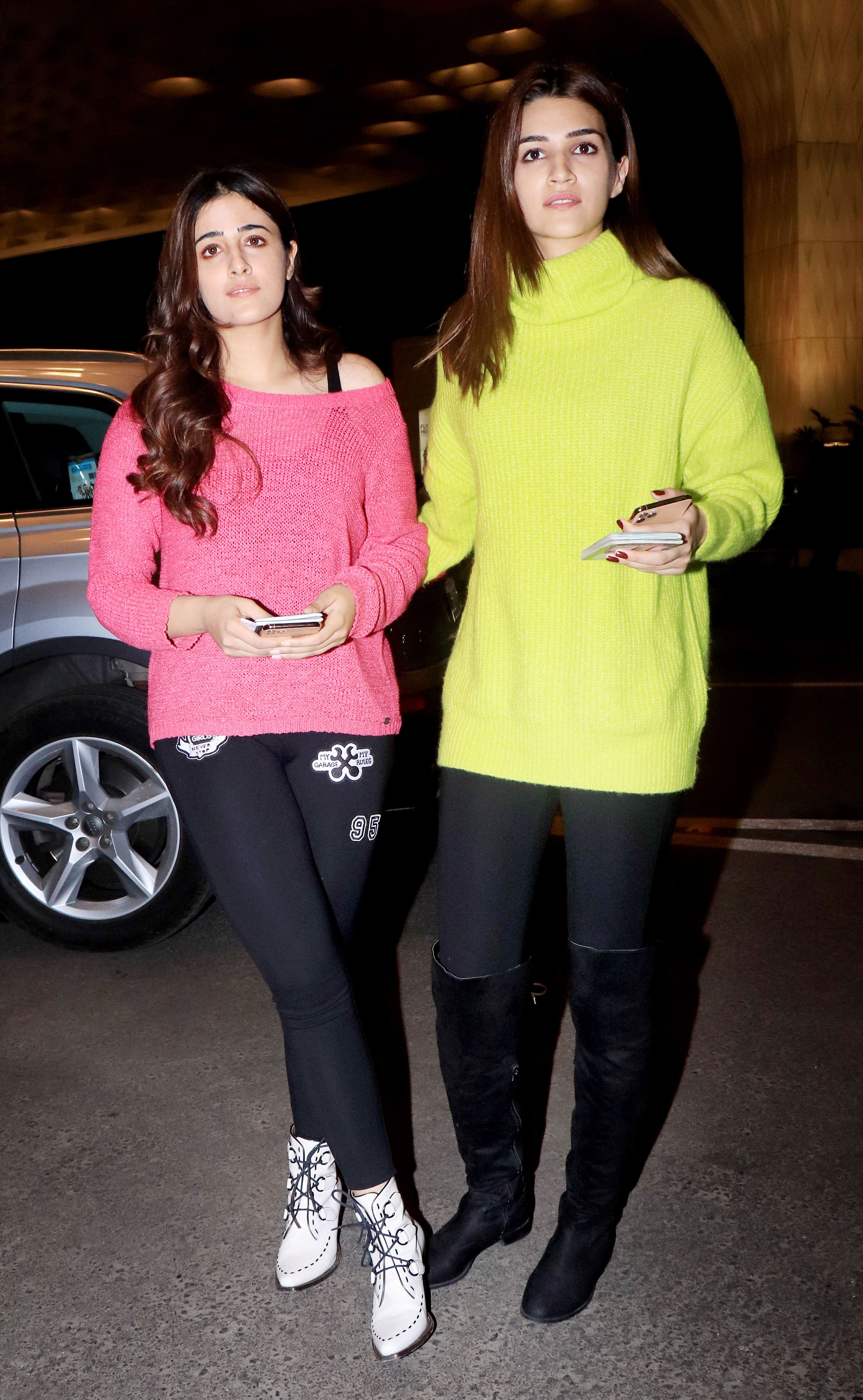 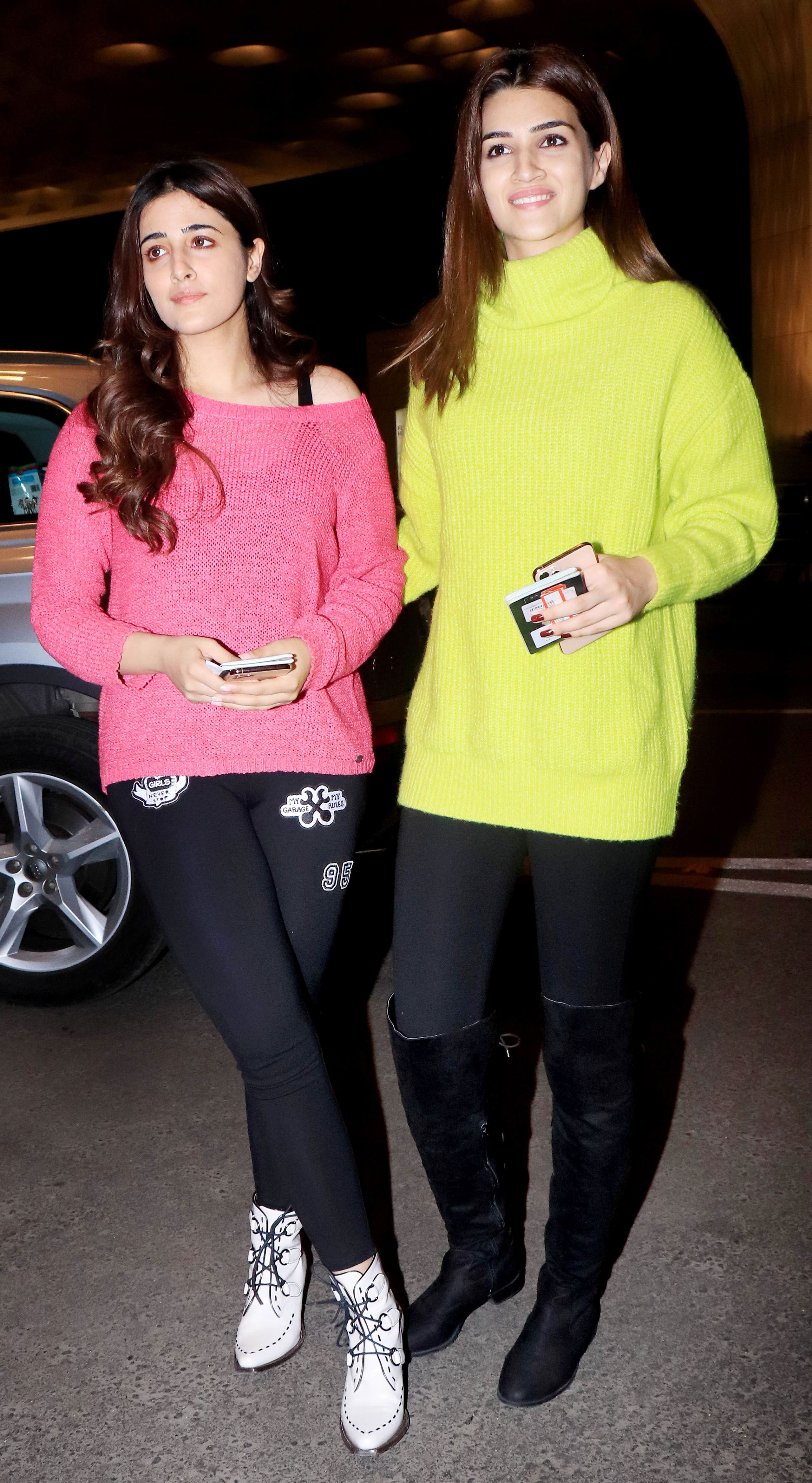 On the work front, Nupur was seen in a music video by singer B Praak, titled 'Filhaal' with superstar Akshay Kumar. It is riding high on the popularity charts. Famous Punjabi actor-singer Ammy Virk is also seen in the video.

Kriti Sanon, on the other hand, was last seen in Ashutosh Gowariker's period drama 'Panipat' co-starring Arjun Kapoor. The film has received a mixed response from the critics and masses alike.

She was last seen in 'Housefull 4' with Akshay and it turned out to be a huge hit. The actress has already begun shooting her next titled 'Mimi' which is a female-centric movie. The project is being helmed by 'Luka Chhupi' director Laxman Utekar.

Kriti has also managed to bag another project titled 'Bachchan Pandey' with none other than Akshay Kumar.