Kriti Sanon keeps it simple and elegant at airport — Pics inside

The 'Heropanti' actress was papped at Mumbai airport on Monday and her orange-coloured outfit was something to take note of.

New Delhi: The B-Town leggy lass Kriti Sanon, who is gearing up for the release of her upcoming venture 'Arjun Patiala', was on Monday spotted at Mumbai airport. The actress was reportedly heading to Mumbai for a professional commitment.

Kriti can be seen flashing her million-dollar smile and we bet no one's complaining!

Take a look at her pictures from the runway: 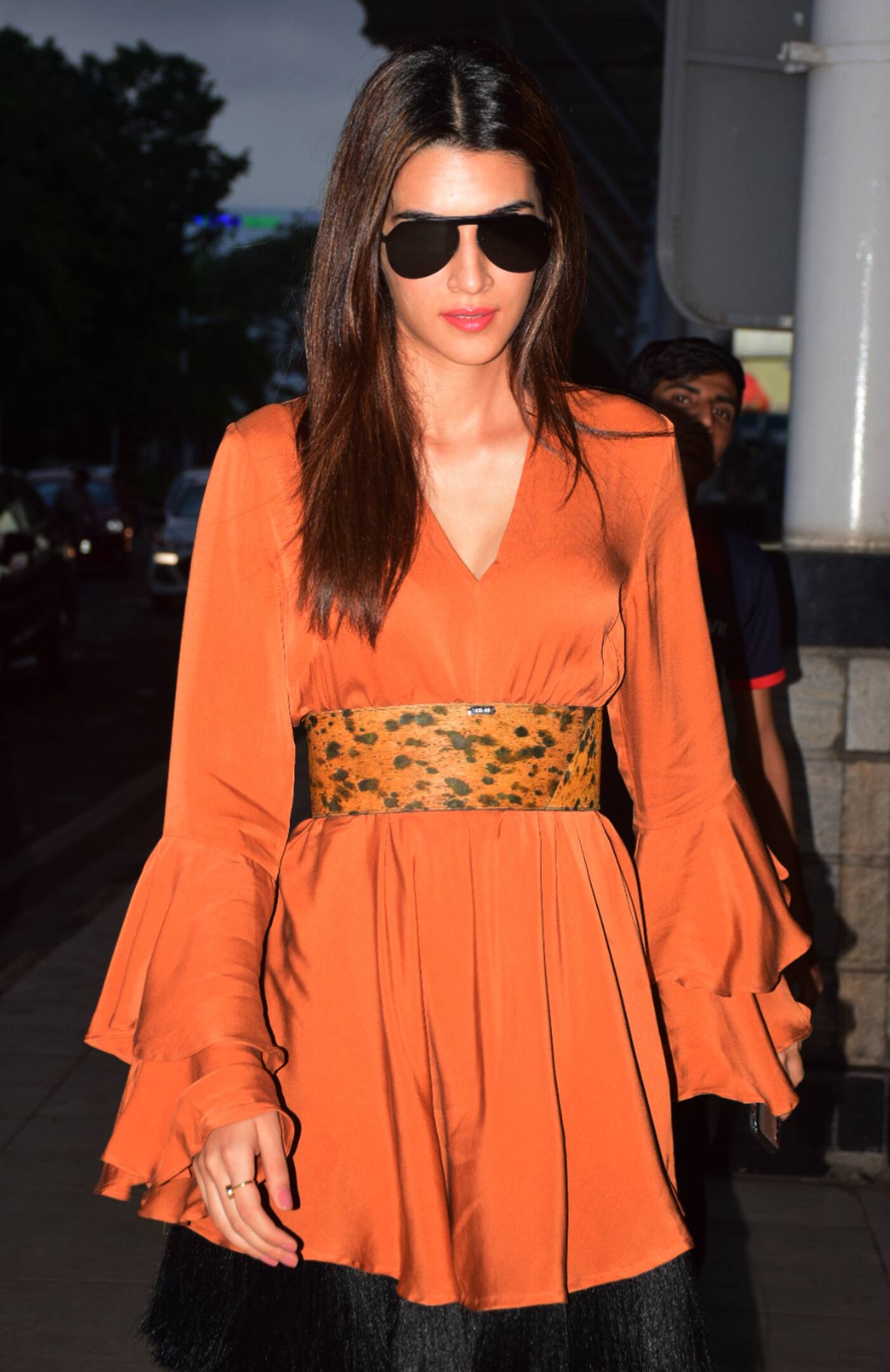 Speaking of her film 'Arjun Patiala', Kriti will be seen pairing up with Punjabi heartthrob Diljit Dosanjh. The project is directed by Rohit Jugraj and is produced by Dinesh Vijan, Bhushan Kumar, Sandeep Leyzell and Krishan Kumar. Kriti will be seen playing a journalist in the movie whereas Diljit will play a small-town guy.

The actress has been making waves for her impressive movie choices. Her last release 'Luki Chhupi' with Kartik Aaryan hit the right chord with the audiences. She was also seen in a special appearance in 'Kalank'. She featured in a hit track titled 'Aira Gaira' featuring Varun Dhawan and Aditya Roy Kapur.

She will next be seen in multi-starrer 'Housefull 4' with Akshay Kumar. She also has Ashutosh Gowariker's period drama 'Panipat' starring Arjun Kapoor in the lead role.