Kriti Sanon makes a stylish appearance at the airport—In pics

Kriti Sanon was seen at the Mumbai airport recently and grabbed attention in a loose-fitted shirt with a short denim skirt.

New Delhi: Bollywood actress Kriti Sanon is hogging the limelight these days because of her super chic outfits. Be it sizzling on the cover of Femina magazine, or stepping out for a casual outing, we are completely smitten by Kriti's fashion choices. The leggy lass was seen at the Mumbai airport recently and her outfit was worth noticing.

Kriti wore a loose-fitted shirt with a short denim skirt. The actress chose a stunning pair of white sneakers as footwear and gave a casual tinge to the outfit. 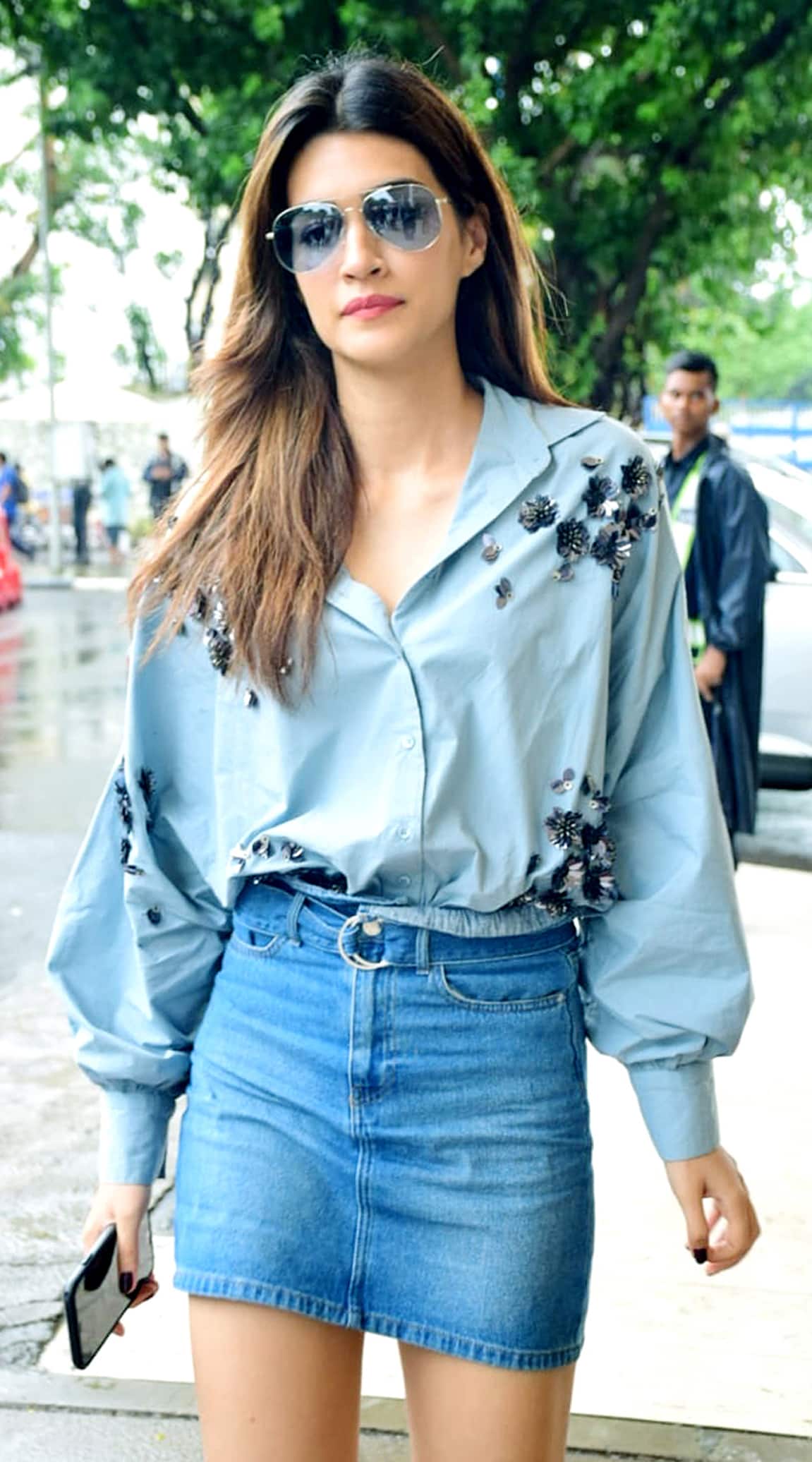 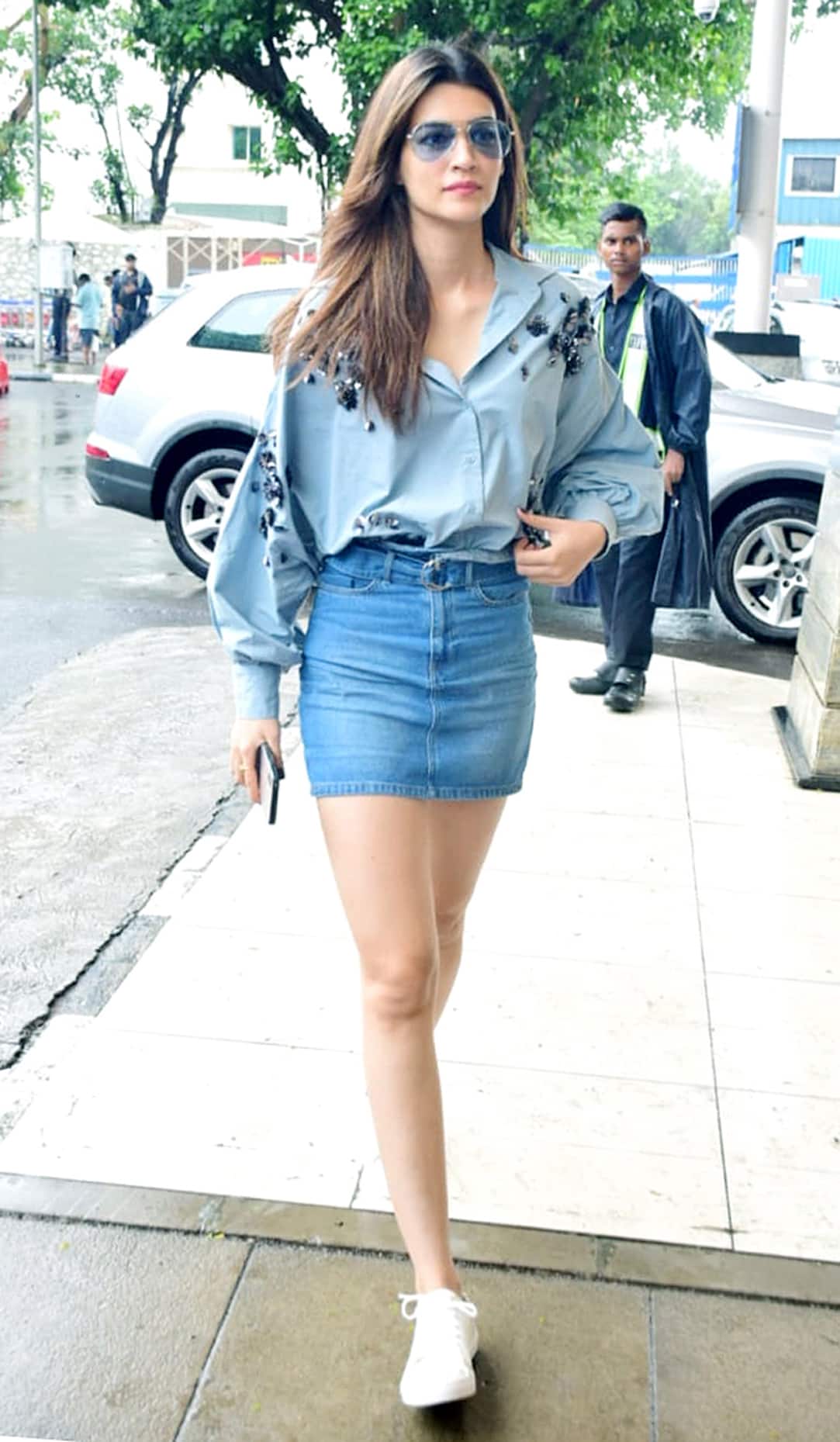 The actress is an internet sensation and her pics and videos often go viral.

On the work front, Sanon's 'Arjun Patiala' hit the theatres last week and opened up to mixed reviews. While the actress and her co-stars Diljit Dosanjh and Varun Sharma's performance was lauded, many felt that the film lacked in terms of content.

Kriti is also a part of Ashutosh Gowarikar's ambitious project 'Panipat'. The film also stars Sanjay Dutt and Arjun Kapoor and is slated to release in December this year.