Kriti Sanon spotted at the airport but her glasses have our attention! See pics

New Delhi: Bollywood actress Kriti Sanon often grabs eyeballs with her million dollar smile. The stunner was spotted at the airport recently and was seen wearing chequered crop top and skirt along with a pink jacket. Kriti looked gorgeous as always but this time, her quirky sunglasses have our attention! 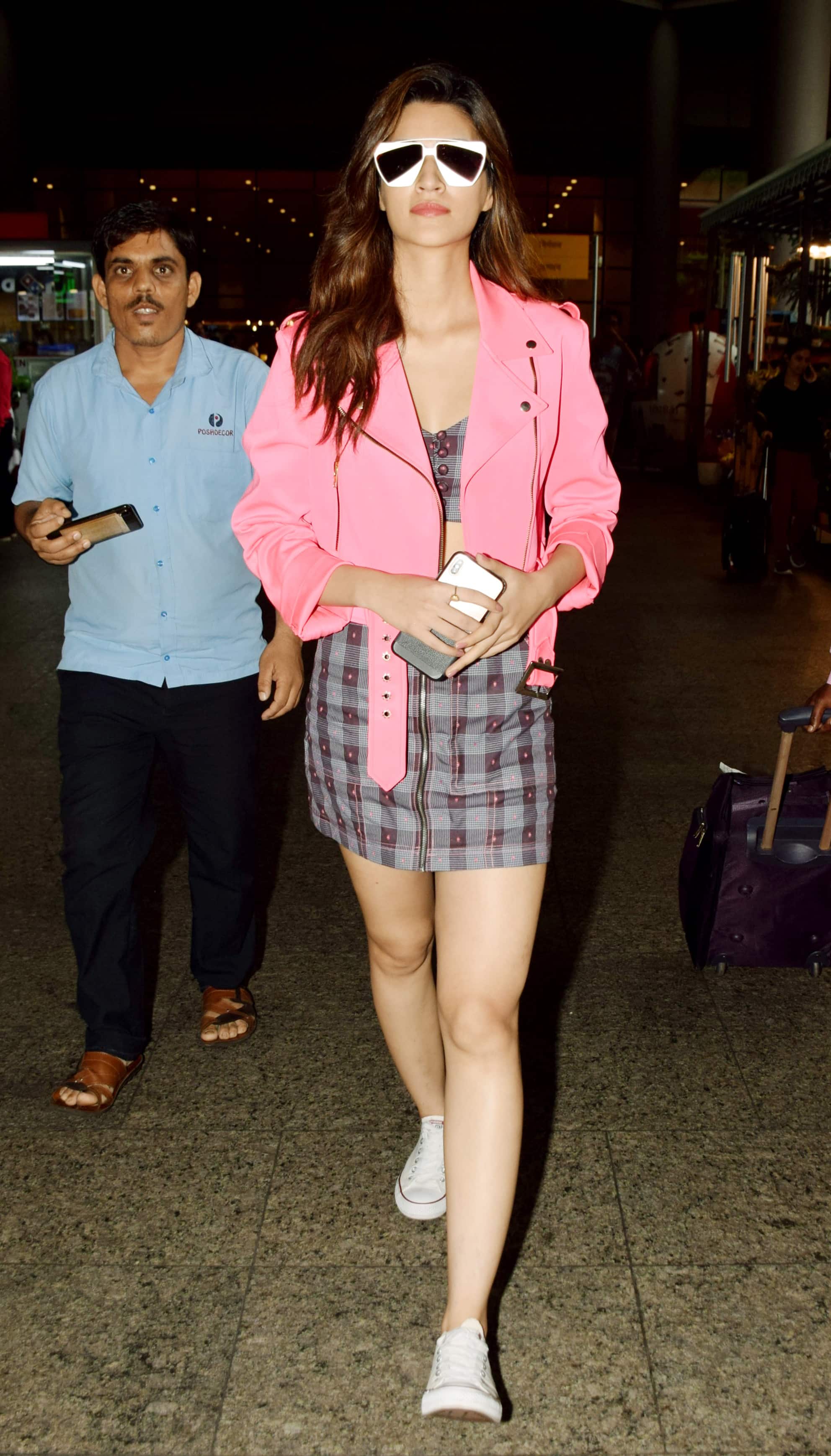 While we can't really fathom what made Kriti choose these unique glasses for her airport look, we would love to know your opinion on the same! Feel free to express yourself in the comments section.

The actress is an internet sensation and her pics and videos often go viral.

On the work front, Sanon's 'Arjun Patiala' hit the theatres today and opened up to mixed reviews. While the actress and her co-stars Diljit Dosanjh and Varun Sharma's performance was lauded, many felt that the film lacked in terms of content.

Kriti is also a part of Ashutosh Gowarikar's ambitious project 'Panipat'. The film also stars Sanjay Dutt and Arjun Kapoor and is slated to relese in December this year.