No strings attached! Makeup mogul and reality star Kylie Jenner and rapper Travis Scott are focusing on the present and not rushing into marriage anytime soon. An insider close to the couple spoke to US Weekly about the pair`s marriage plans. 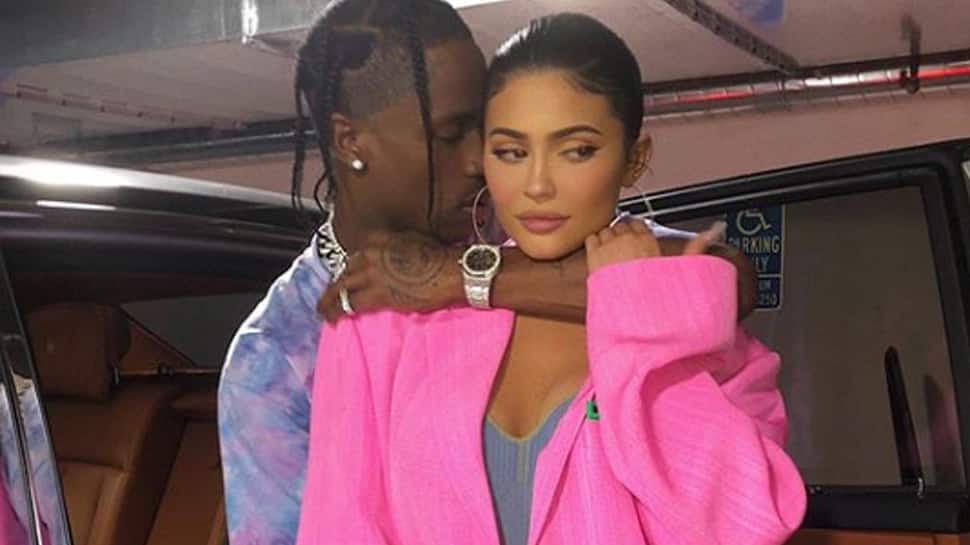 Washington DC: No strings attached! Makeup mogul and reality star Kylie Jenner and rapper Travis Scott are focusing on the present and not rushing into marriage anytime soon. An insider close to the couple spoke to US Weekly about the pair`s marriage plans.

"Kylie and Travis have discussed getting married before, but it is not happening tomorrow," an insider told the outlet.

"Kylie`s business career is booming like crazy with Kylie Skin and right now she honestly can`t add that life chapter into her book at this moment in time," the source added.

But just because the duo isn`t in a hurry to tie the knot, doesn`t mean they aren`t in a good place.

"Her and Travis are very happy with where they`re at in their lives and relationship and with Stormi," the source said of the couple and their 17-month-old daughter. "They aren`t trying to rush into a marriage. They`re also considering expanding their family, but again, right now that`s not the appropriate time for that to happen," the source added.

The 21-year-old makeup mogul and the 28-year-old rapper were first linked in April 2017 and welcomed their first child together in February 2018. A second insider told Us Weekly earlier this month that while "Kylie hasn`t expressed a huge interest in getting married but they`ve talked about it a lot." Despite not being in a rush to say "I do" or expand their family, Kylie has hinted at her desire to give Stormi a sibling in a birthday post dedicated to Scott in April.

"Watching you evolve into the partner, friend, son, and father you are today has been so fulfilling," she captioned a series of Instagram photos at that time."My real-life bestie and hubby all wrapped into one. I love you and I`m so so proud of you. Happy happy birthday. Let`s f-k around and have another baby," she added.

Recently, the duo snuggled up together for a sweet photo posted to Kylie`s Instagram. "Partners in crime 4 evaaa," the 21-year-old reality star wrote alongside a still that featured her beau with his arms wrapped around her.

Meanwhile, on the work front, Kylie recently launched her skincare range and was called out by people for her skincare routine. The 21-year-old star received flak for using the foaming face wash and still ending up with a lot of makeup on her face. She also faced backlash for using a filter while washing her face using products from her skincare range.

I am a rebel: Richa Chadha