Shahid Kapoor shared a collage of his and Zain's pictures and captioned it, "Spot the difference #likefatherlikeson." Zain looks totally like Shahid, who in the photo appears to be of the same age as his son. 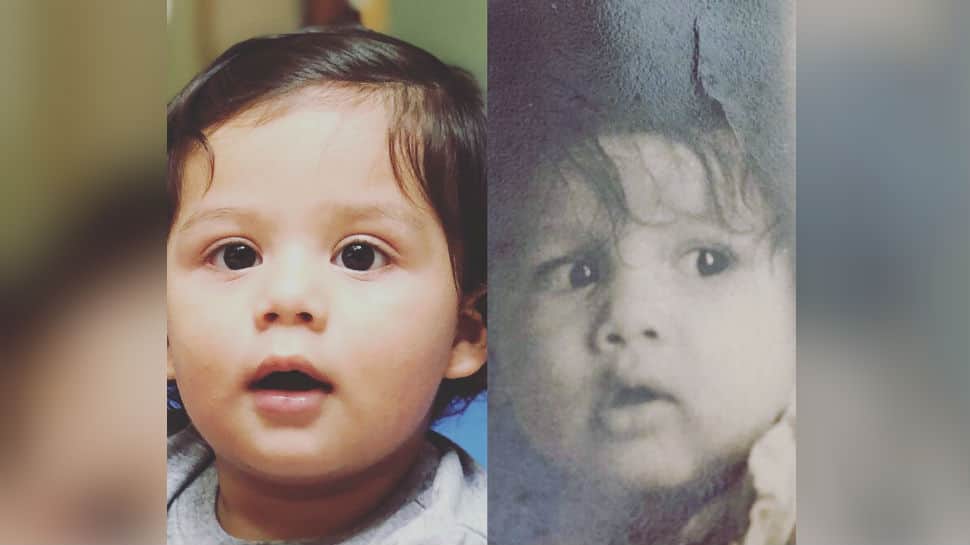 Shahid Kapoor's son Zain is a xerox copy of his father and the latest post which the actor shared on Instagram is proof. Shahid shared a collage of his and Zain's pictures and captioned it, "Spot the difference #likefatherlikeson."

Zain looks totally like Shahid, who in the photo appears to be of the same age as his son.

"I can't make out at all besides the colour on pics! It's like a xerox copy," wrote director Siddharth P Malhotra's comment while another user said, "He looks like you." Shahid's actor brother Ishaan Khatter left a heart emoticon on the post.

Zain, who will turn one in September, is Shahid and wife Mira Rajput's second child. The couple is also parents to a daughter named Misha.

Misha and Zain frequently appear in Shahid and Mira's Instagram posts. Just recently, on Raksha Bandhan, Mira elated the internet with an adorable picture of the kids celebrating the festival. The father-duo were twinning in matching white kurtas while Mira and Misha wore yellow and pink coloured Indian outfits.

"Promises to keep," read the caption.

Here are some of the other posts featuring Misha and Zain.

“You’ve got this Mama”  #babybear #zizou

On the work front, Shahid was last seen in the blockbuster 'Kabir Singh', a remake of Telugu hit 'Arjun Reddy'.