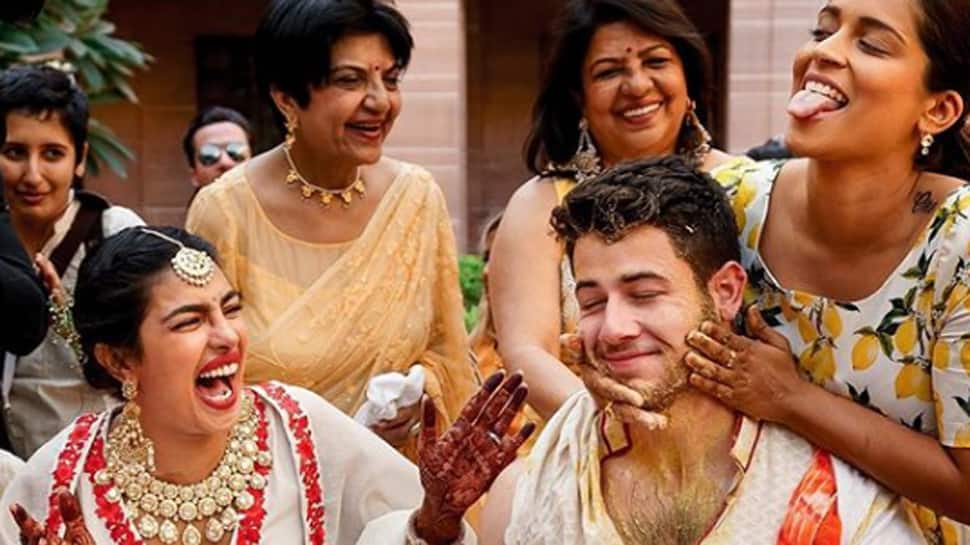 New Delhi: In December 2018, Bollywood actress Priyanka Chopra tied the knot with international singing sensation Nick Jonas. The couple was all over the internet for the entire month as pictures of their Big Day surfaced. Nick and Priyanka's whirlwind romance took the internet by storm and they looked extremely happy in their wedding pics and videos. In fact, in one of the videos from the Christain ceremony, Nick was seen getting teary-eyed as his bride walked down the aisle.

The couple had two wedding ceremonies—Christain as well as Indian—at Jodhpur's Umaid Bhavan Palace. While it has been more than two months since they tied the knot, their unseen wedding pics continue surfacing on the internet

The caption is, “How to turn a Jonas brother into a Simpson. If I’m gonna do it, I’m gonna do it right! My sis @priyankachopra told me no mercy during the haldi (turmeric) ceremony on @nickjonas. Ya girl had to deliver”

After their wedding, the couple hosted their first wedding reception in New Delhi which was attended by various high profile guests including Prime Minister Narendra Modi. Soon after, they hosted their second reception in Mumbai which saw all of Pee Cee's Bollywood friends.