Malaika Arora and Arjun Kapoor are vacationing at an undisclosed location. The two shared pics on Instagram (even though separately) from their holiday and can be seen twinning in white!

New Delhi: Bollywood's rumoured 'It' couple, Malaika Arora and Arjun Kapoor are vacationing at an undisclosed location. The two were clicked at the airport this Sunday and left us all wondering where they are headed. While neither Malaika nor Arjun revealed their whereabouts, both are actively sharing vacation pics on Instagram.

Malaika took to Instagram and shared a pic in which she stands against a picturesque view of the mountains. She is seen wearing a white crop top along with jeggings and flip flops. The picture will drive away your mid-week blues and will also make you wonder 'Where is the weekend!'

She also posted a selfie on Instagram stories. Here is the screenshot of the same: 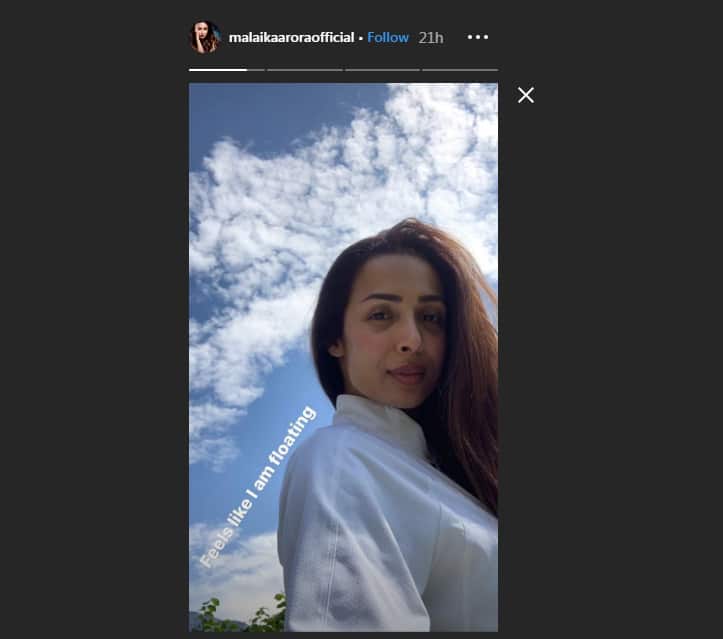 On the other hand, Arjun had earlier shared a picture from the same spot where his alleged ladylove was standing. The actor strikes a pose wearing a white t-shirt with blue trousers. He looks dapper, as always!

Malaika and Arjun have been setting the internet on fire with their mushy pictures and PDA on Instagram. Their relationship rumours sparked off when they were clicked sitting next to each other in a fashion show held last year. Pictures of the duo from the event went viral on social media, which was followed by their regular Bandra spottings.