New Delhi: Bollywood actress Malaika Arora is often spotted outside her gym and is a known fitness freak. The stunner is ageing like fine wine and grabs eyeballs the moment she steps out in public. On Sunday, Malaika was spotted in Bandra and was seen in a trendy summer outfit. She wore a floral print skirt with a matching halter neck top. She gave a casual touch to her look with trendy white sunglasses and sneakers. 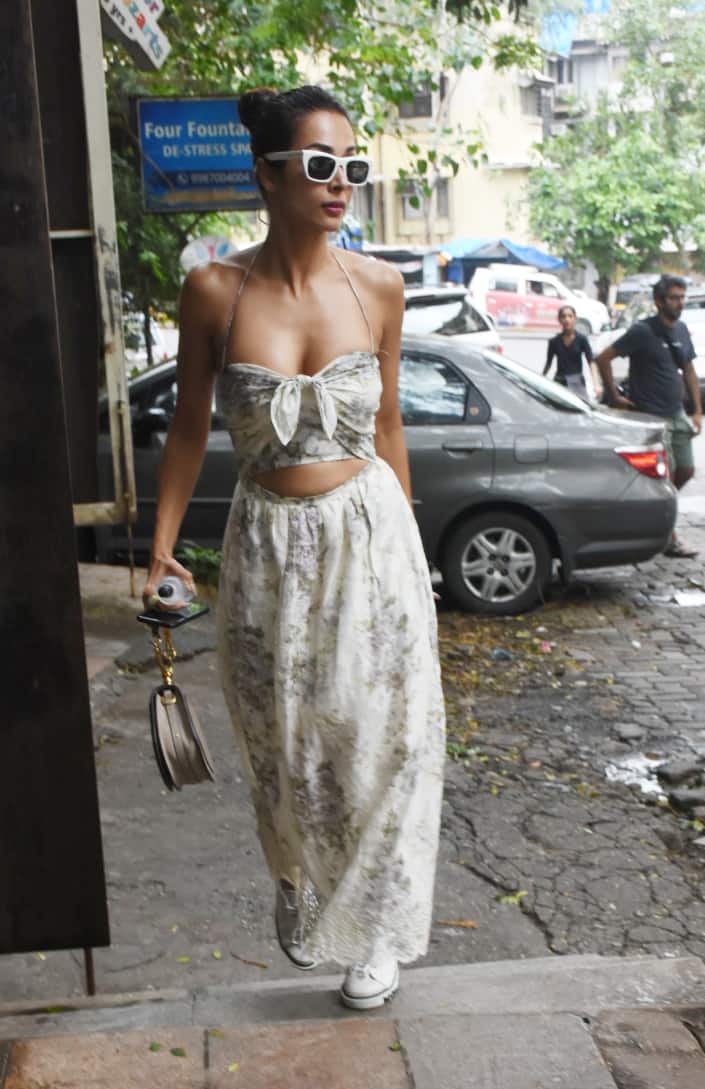 Isn't she a fashion masterpiece?

On the personal front, the actress recently made her relationship with beau Arjun Kapoor Insta official by sharing a loved up post for him on his birthday. The caption of the post was, “Happy bday my crazy, insanely funny n amazing @arjunkapoor ... love n happiness always” The two were holidaying in New York and were treating fans with pictures from their vacay.

The couple's dating rumours first sparked when they were seen sitting next to each other during a fashion show in 2018. Since then, they have been spotted together on various ocassions, making fans curious and happy at the same time.