A stunner that she is, Malaika follows a strict fitness regime and seldom ditches her workout sessions and that explains how she manages to look like a million bucks.

New Delhi: Malaika Arora is a beach babe and she has proved it by giving a regular dose of her stunning pictures from exotic beach locations. She is also a frequent traveller who doesn't think twice before taking days off to chill in water and sun.

A stunner that she is, Malaika follows a strict fitness regime and seldom ditches her workout sessions. And that explains how she manages to look like a million bucks. Apart from being a fitness enthusiast, Malaika is also a popular Instagram user and keeps her fans  updated with regular posts.

On Monday, Malaika shared a fresh new picture of herself flaunting her well-sculpted figure, giving her fans major health and fashion goals. The photo appears to have been clicked during her recent trip to Maldives. It shows Malaika wearing a floral green swimsuit with her feet in the pool, against the backdrop of infinite blue sky and the ocean. She captioned the picture as, "Find ur happy place n cherish it,” and added as a hashtag, “Malaika’s Monday motivation."

The post has been liked close to 5.50 lakh times. "That’s some motivation," wrote actor Dino Morea in the comments section. 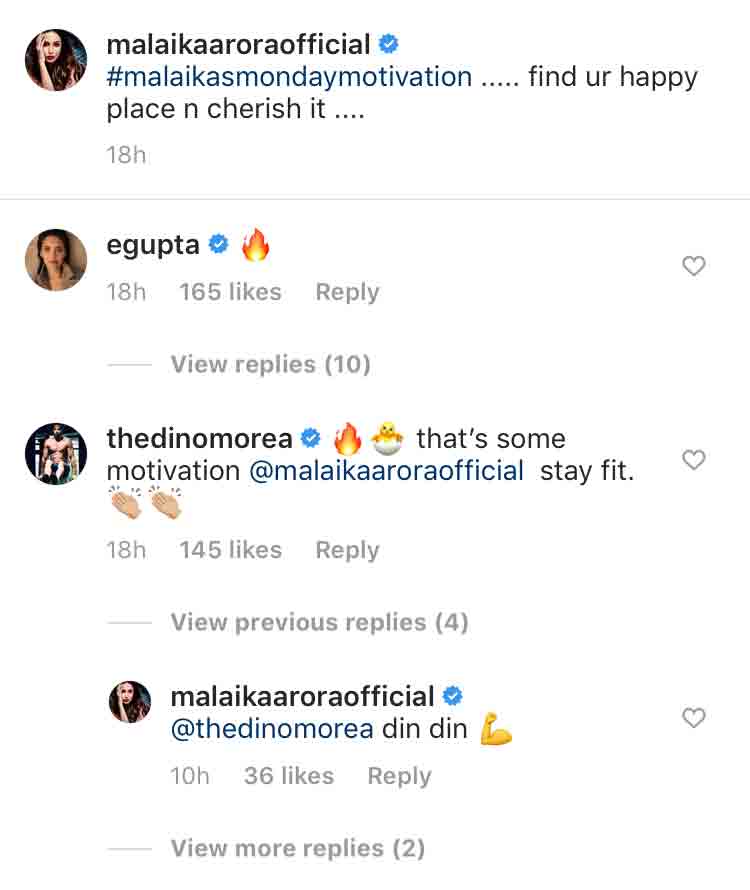 Malaika is one of the fittest personalities of the industry. She also runs a yoga institute, which she visits frequently.

On the personal front, Malaika is dating actor Arjun Kapoor and she recently made her relationship official on his birthday. The vacation was a special one for them as it was Arjun's birthday. During the vacation, the couple confirmed their romance via Instagram.

She has a son named Arhaan with ex-husband Arbaaz Khan.