Manto's working life was cut short by his addiction to alcohol which led to his death at 43. 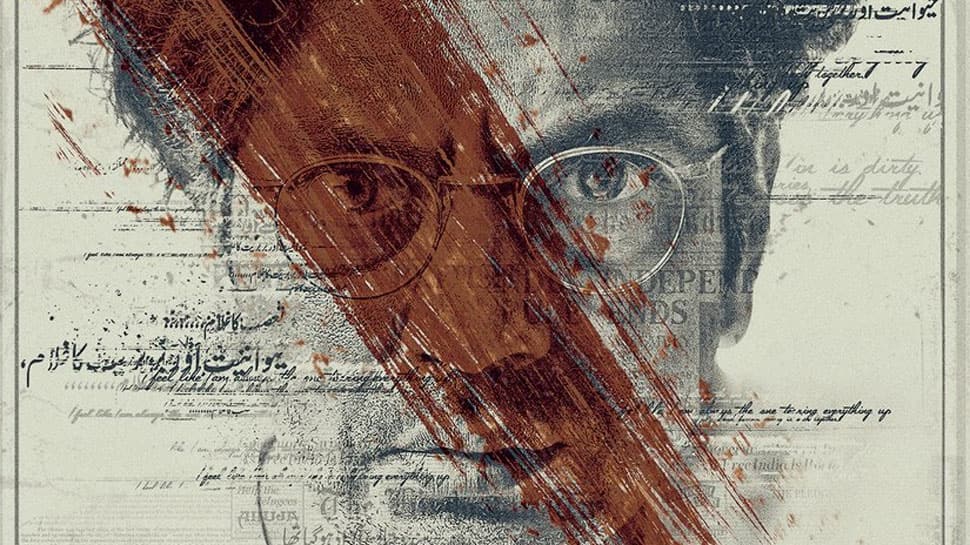 New Delhi: English playwright Ben Jonson famously wrote that William Shakespeare was "not of an age, but for all time".

This iconic quote hardly seems out of place while referring to Urdu writer Sadat Hasan Manto, a maverick whose work has mesmerised millions and continues to whet the appetite of amateurs as well as aficionados.

Actor Ashwath Bhatt, who has proved his mettle in Bollywood movies such as "Raazi", "Haider" and "Manto", said the Urdu writer's work is "timeless" and will remain relevant as long as there is hypocrisy in the world.

Best remembered as the greatest chronicler of the Partition era, Manto also wrote about prostitutes, pimps and alcoholics, and was charged with obscenity six times.

"Manto unmasks hypocrisy, he doesn't deceive with his words. Speaks truth and is fearless to encounter it. He will remain relevant as long as there is hypocrisy in the world. The day he ceases to be relevant, I will say we have learnt our lesson," he said on Sunday.

"Manto talks about humanity, women and marginalised folks who are not even considered humans...To understand him, you have to be a sensitive and an intelligent reader. A person who keeps his biases at bay will understand Manto better," Bhatt told PTI.

Bhatt has become synonymous with Manto, and has been instrumental in rekindling interest in his work by bringing the great writer to life on stage through his popular play 'Ek Mulaqat Manto Se' ( a rendezvous with Manto) for the last 16 years.

Manto, whom author Salman Rushdie described as "the undisputed master of the Indian short story", is celebrated through performances of plays, and his life has been adapted into films both in India and Pakistan.

More than six decades after his death, Manto continues to have more than a foothold in modern times.

"The relevance of Manto is growing because our standards are falling. We are becoming more narrow-minded and parochial in our outlook. More judgmental and abrupt in forming opinions about issues we have no knowledge of...We humans are becoming more dangerous than animals," said Bhatt.

"His popularity is soaring because his stories have a universal appeal. There is a Toba Tek Singh (Manto's famous short story) in every conflict zone, be it Croatia or Palestine," he said.

Manto's working life was cut short by his addiction to alcohol which led to his death at 43. He produced 20 collections of short stories, five collections of radio dramas, some essays, a novel and a clutch of film scripts.

Bhatt blames publishing industry for "ruining" the image of Manto, who has been compared with writers such as Guy de Maupassant, Anton Chekhov and F Scott Fitzgerald.

"His biggest enemies were editors of the publishing industry who put together a few of his powerful stories in a collection and unabashedly titled it 'Manto's obscene stories'.

"They labelled him, edited his stories and ruined his image for a long time. But Manto was a diamond. And a diamond doesn't lose its lustre even under a mound of mud. Neither did Manto. He sparkled eventually," he said.

Bhatt doesn't think highly of those who draw comparisons between Manto and other great writers.

"Comparing Manto with Chekhov or any other writer is not good. They lived in different eras and in literature every writer has their shades. Those who compare are naive," he said.

While Bhatt may not like the likening of Manto to other authors, his favourite writer did compare himself, not with famous literary figures, but with God.

Six months before his death in January 1955, Manto had composed his own epitaph which, although never used on his tombstone, said: "Here lies Saadat Hasan Manto and with him lie buried all the secrets and mysteries of the art of story writing. Under mounds of earth he lies, still wondering who among the two is the greater story writer ? God or he".

Shahid Kapoor, Mira Rajput snapped at airport as they leave for Delhi