Actor Margot Robbie took great pride in upholding the legacy of the late American actor Sharon Tate while filming the upcoming movie `Once Upon A Time In Hollywood`. 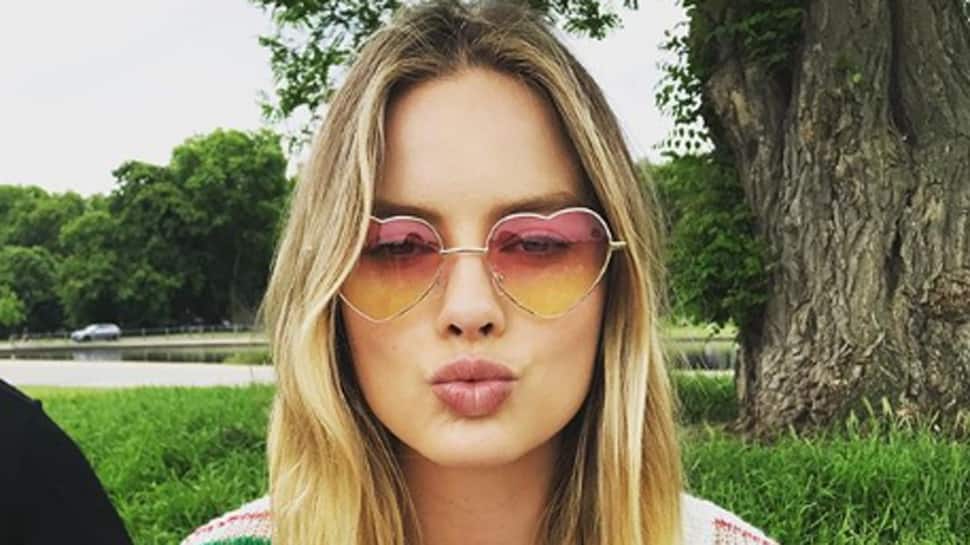 Washington DC: Actor Margot Robbie took great pride in upholding the legacy of the late American actor Sharon Tate while filming the upcoming movie `Once Upon A Time In Hollywood`.

Robbie portrays the late legendary star, who was one of the seven individuals murdered by criminal Charles Manson`s infamous Manson Family cult in 1969, in Quentin Tarantino`s upcoming film that also stars Brad Pitt and Leonardo DiCaprio.E! News caught up with the 29-year-old actor at last night`s red carpet premiere of the film, where she opened up about the great lengths taken to respectfully depict Tate`s life on the silver screen.

In addition to being lent pieces of jewellery that actually belonged to Tate, Margot spent time with the star`s sister Debra Tate while preparing for the role. "It made me feel closer to her in a way that I don`t think I could have," Robbie shared.

"Reading things and watching things can only really get you so far, but having that personal connection meant a lot to me," she added. Margot also said that working with a director as legendary as Tarantino was "incredible."

"Even when I was doing something as mundane as walking down the street he would set up 100-feet of the track or a crane. It was always a really extravagant, amazing shot and that never really happens on film sets. It was spectacular," she gushed. During a recent appearance on Today, Robbie reflected on the sadness she often felt while filming."It was kind of, sometimes very sad to be that closely connected with real-life Sharon," the Oscar-nominated actor said."It would kind of hit you at moments. Suddenly the tragedy of it all would kind of hit you and you`d be tremendously sad. And other times she just made me feel so happy. But yes, there were moments where it was very sad," she added.

`Once Upon a Time in Hollywood` is set in the backdrop of 1969 Los Angeles, the film will feature DiCaprio and Pitt as fading TV star Rick Dalton and his stunt double Cliff Booth, respectively. The film follows them as they make their way through a changing film industry, and fight to reclaim their fame. Apart from DiCaprio, Pitt, and Robbie, the film also stars late actor Luke Perry, Al Pacino, Dakota Fanning, Timothy Olyphant, Emile Hirsch, Damian Lewis, Michael Madsen, Lena Dunham, and Kurt Russell. It is produced by Shannon McIntosh and David Heyman.

Perry, who will be last seen on the silver screen as Scott Lancer, a fictitious character in `Once Upon A Time In Hollywood`, passed away at the age of 52 on March 4 after suffering a massive stroke.

The film is slated to hit the theatres in India on August 15, this year.