The legal battle between American singer-songwriter Mariah Carey and her former manager Stella Bulochnikov has finally come to an end. 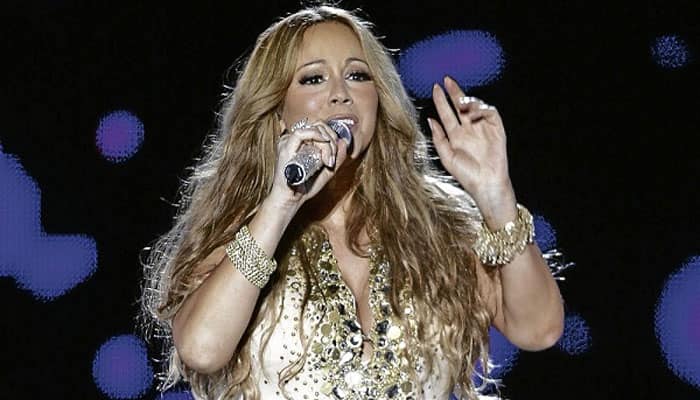 Washington D.C: The legal battle between American singer-songwriter Mariah Carey and her former manager Stella Bulochnikov has finally come to an end.

The 48-year-old singer and her former manager settled the sexual harassment lawsuit that was filed back in April, in which the singer`s ex-manager accused her of sexual harassment, alleging that Carey was often nude in front of her, reported People.

"The parties have reached a mutually agreed resolution to this matter," an attorney for Bulochnikov told Page Six.While it is not clear whether the deal includes a financial settlement, the lawsuit seeks unspecified damages.After working together for almost three years, Carey and Bulochnikov parted ways in November 2017 and released a joint statement at that time saying that they would remain "partners in a number of business ventures" and would "continue to support each other in those endeavours."

However, back in April, Bulochnikov`s lawyers filed an order in New York court alleging breach of contract and violation of the U.S. Civil Rights Acts.According to several media reports, Bulochnikov`s lawyers claimed that Carey sexually harassed her by often being naked in front of their client, was also battling with substance abuse and owed her millions of dollars.Shortly after the claims were made by Bulochnikov, Carey`s team released a statement denying the allegations."

Stella Bulochnikov was terminated from employment as Mariah`s manager due to failure to perform her job effectively and ill-serving her client. Stella was not under contract for employment.

She has been spreading false rumours to any media outlet that will publish them. We won`t respond to lies and threats," Carey`s rep earlier told People.

After her former manager threatened legal action, Carey opened up exclusively to People about her struggle with bipolar disorder, which she was diagnosed within 2001 after being hospitalised for a physical and emotional breakdown."Until recently I lived in denial and isolation and in constant fear someone would expose me. It was too heavy a burden to carry and I simply couldn`t do that anymore. I sought and received treatment, I put positive people around me and I got back to doing what I love - writing songs and making music," said Carey, who has since entered therapy and been on medication for her disorder. (ANI)

No one can play PM Modi better than me: Paresh Rawal takes a dig at Vivek Oberoi