Emmy and Golden Globe-winning comedy series "The Marvelous Mrs. Maisel" has been renewed for a fourth season at Amazon. 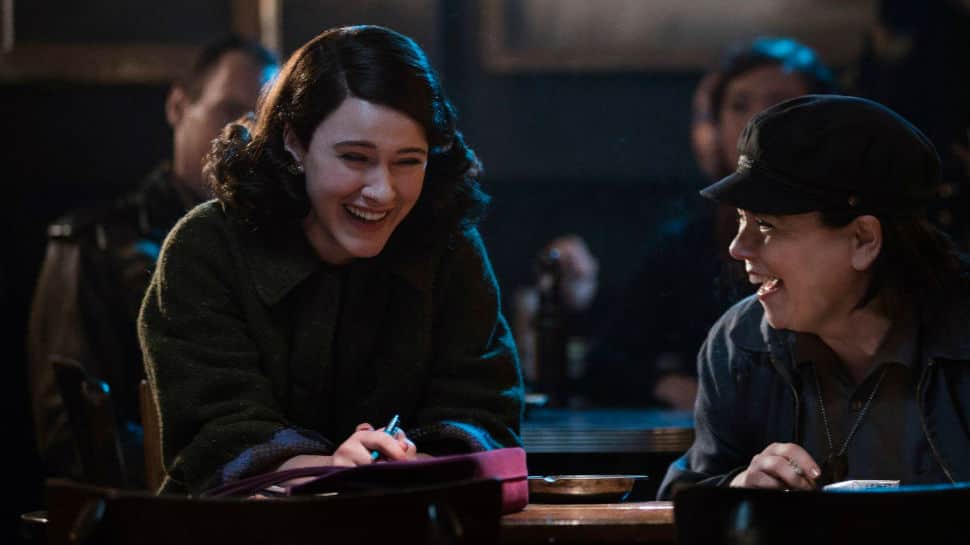 Los Angeles: Emmy and Golden Globe-winning comedy series "The Marvelous Mrs. Maisel" has been renewed for a fourth season at Amazon.

The news comes less than a week after the third season debuted, with the whole season dropping on the streaming giant on December 6, reports variety.com.

"'The Marvelous Mrs. Maisel' has been a worldwide phenomenon, and Season 3 has been no exception, with the series' most watched opening weekend ever," said Jennifer Salke, head of Amazon Studios.

"We're so happy that our Prime Video customers will get to see Midge's story continue in Season 4. Amy (Sherman-Palladino) and Dan (Palladino) have created such funny, charming, relatable characters, all with their inimitable wit and eye for detail, and our customers around the world will be delighted to have another season in the world of 'The Marvelous Mrs. Maisel'," she added.

The series was created by Sherman-Palladino, who executive produces along with Palladino. Along with Rachel Brosnahan, it stars Alex Borstein, Tony Shalhoub, Marin Hinkle, Michael Zegen, Kevin Pollak, Caroline Aaron, and Jane Lynch.

"We were thrilled to hear that for the fourth time, we do not have to pack up and vacate the premises. We'd like to thank Amazon for all their faith and support, their partnership and enthusiasm, and for letting us hang with our favourite people, the cast and crew of 'Maisel', for a little while longer," said Sherman-Palladino and Palladino.

In Season 3, Midge (Brosnahan) and Susie (Borstein) discover that life on tour with Shy Baldwin (Leroy McClain) is glamourous but humbling, and they learn a lesson about show business that they will never forget. Joel (Zegen) struggles to support Midge while pursuing his own dreams, Abe (Shalhoub) embraces a new mission, and Rose (Hinkle) learns she has talents of her own.