Nishtha says that she asks for equality, not sympathy. 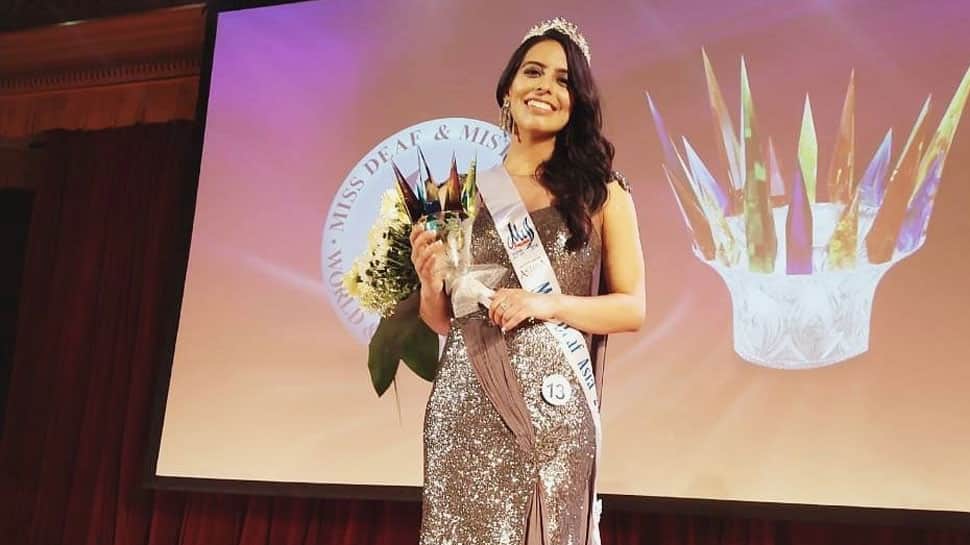 New Delhi: Nishtha Dudeja from Delhi won the coveted Miss Deaf Asia 2018 title, leaving behind participants from 24 countries around the globe. The competition took place in Prague in September 2018, where for the first time an Indian girl won the title.

Nishtha is 23 years old and is currently pursuing M.A. in Economics from Mithi Bai College, Mumbai. Dudeja has been deaf since childhood and her parents got to know about their daughter's condition when she was 3 years old. She was taken to many doctors but they realized that they will have to teach her to talk.

Nishtha's mother, Poonam Dudeja, says that her daughter has been intelligent from her childhood and has worked hard on her speech. Poonam also revealed that Nishtha was also quite mischievous in her childhood.

Nishtha had always been very interested in sports. She learned Judo till age 12 and after that started playing tennis, getting her inspiration from Sanya Mirza. Nishtha has played tennis onthe international level as well. She even changed her school to devote more time to the game. However, due to medical reasons, she had to quit after which she stepped into the world of modeling.

Ved Prakash, Nishtha's father, says that she learned to speak through speech therapy for seven years. Now, she can communicate what she wants to say correctly. She has a good command over English and Hindi language.

Coming to Nishtha, the 23-year-old says she wants equality, not sympathy.

“I prepared two years for this competition. My parents were training me since my childhood. I received the kind of knowledge and personality needed for such competition from my family. Apart from this, in order to become Miss Deaf Asia, I also learned to dance, make-up and walk on the ramp.” says Nishtha.

“Whenever I went out of the country, I saw that children like us are respected and treated equally. Instead of sympathy, there are more opportunities for children like us. There should also be a change in the level of thinking in our country.” , she added.