The 'Queen' actor's latest Instagram posts are proof of how happy she was to meet the veteran actor. 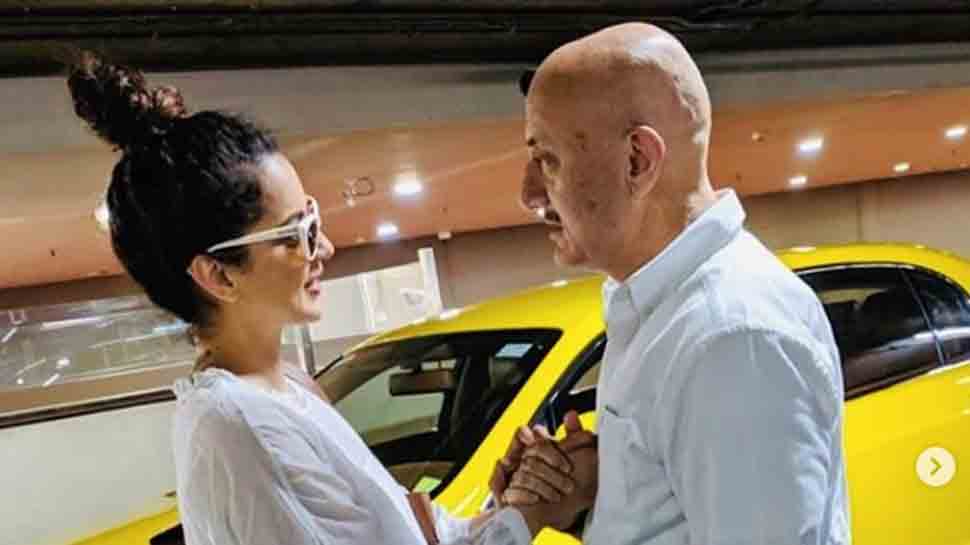 The 'Queen' actor's latest Instagram posts are proof of how happy she was to meet the veteran actor.

Sharing three photos of the meeting, Kangana's official handle wrote, "It's a pleasure to meet like-minded people who understand the art and are able to match the wavelength. Meeting Anupam Kher ji is the same feeling, always makes my day!"

Kangana, who also made headlines with her marvellous looks at the 72nd Cannes Film Festival, celebrated the PM's landslide win with her family in an appetizing way as the actor prepared chai and pakoras.

"In the Festival of democracy, the idea of real India has won today. The outcome of #Election2019 has proved that country is moving in the right direction. It is also clearly the end of dynastic rule. Congratulations Prime Minister @narendramodi ji for for your grand victory," he had tweeted.

Kangana Ranaut is awaiting the release of her film 'Mental Hai Kya' opposite Rajkummar Rao.

The film will be in theatres on July 26. Kher, on the other hand, had batted for the abrogation of Article 370.

"Removal of Article 370 will solve all issues of Kashmir," he had said. The article grants special autonomous status to the state of Jammu and Kashmir.