Mia Khalifa takes a dig at Priyanka Chopra for silence on farmers protest, this is what she said

Lebanese-American former adult star Mia Khalifa who has been constantly tweeting about farmers protest in India, has asked Bollywood actor and global icon Priyanka Chopra to speak on the issue. Last week, Mia came out in support of the farmers, tweeting, "What in the human rights violations is going on?! They cut the internet around New Delhi?! #FarmersProtest." 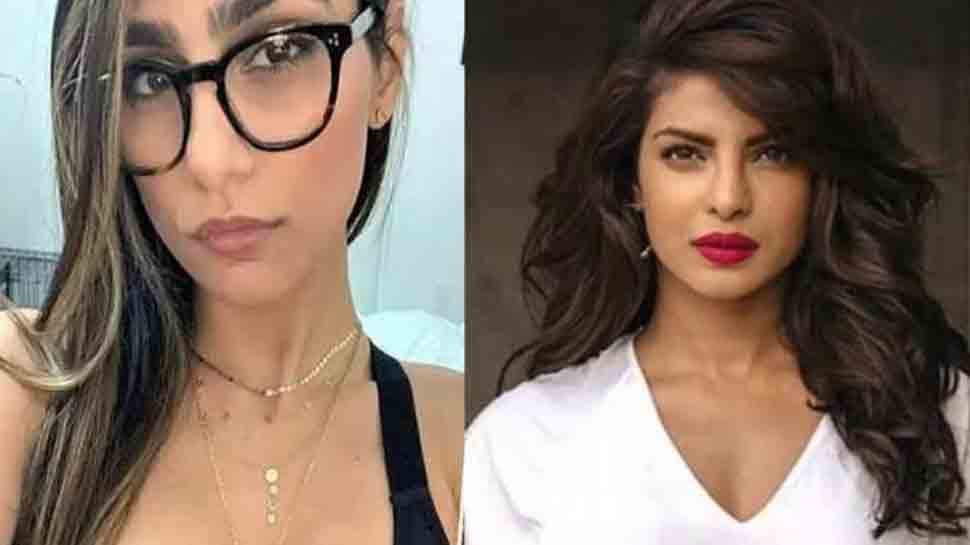 NEW DELHI: Former adult star Mia Khalifa, who recently hogged all limelight for speaking over apathy of farmers protest in India, has now questioned actress and global icon Priyanka Chopra Jonas, accusing her of maintaining a silence on the issue. The former adult star and Rihanna had shared posts a few days ago, "Why we are not talking about this?"

"Is Mrs. Jonas going to chime in at any point? I'm just curious. This is very much giving me shakira during the Beirut devastation vibes. Silence," Mia tweeted. Though she didn't name Priyanka, the Indian actress' fans clearly felt the jibe was taken at her going by their posts in the comments section. Many pointed out Priyanka did speak about the issue in December.

Is Mrs. Jonas going to chime in at any point? I’m just curious. This is very much giving me shakira during the Beirut devastation vibes. Silence.

In December 2020, Priyanka had took to social media to express her views on the farmers agitation. "Our farmers are India's Food Soldiers. Their fears need to be allayed. Their hopes need to be met. As a thriving democracy, we must ensure that this crisis is resolved sooner than late," Priyanka had tweeted, sharing singer-actor Diljit Dosanjh's post.

"Before trying to get your 'activism' points maybe do some research," wrote one user, while one shared: "She already did way before while you were still sleeping on the matter. Are u picking up on every other Indian celebrity like this???"

"Priyanka Chopra has already shown support for farmers back in december, and is one of the few mainstream actors to speak up . Odd that you would single out someone who was one of the first to raise attention to this," shared a user.

Last week, Mia came out in support of the farmers, tweeting, "What in the human rights violations is going on?! They cut the internet around New Delhi?! #FarmersProtest."

On allegations that foreign celebrities were being paid to tweet in favour of the farmers, she retorted: "Paid actors, huh? Quite the casting director, I hope they`re not overlooked during awards season. I stand with the farmers. #FarmersProtest."