Miley Cyrus and Liam Hemsworth announced their break-up on August 10 after eight months of marriage. They had been together for nearly a decade. 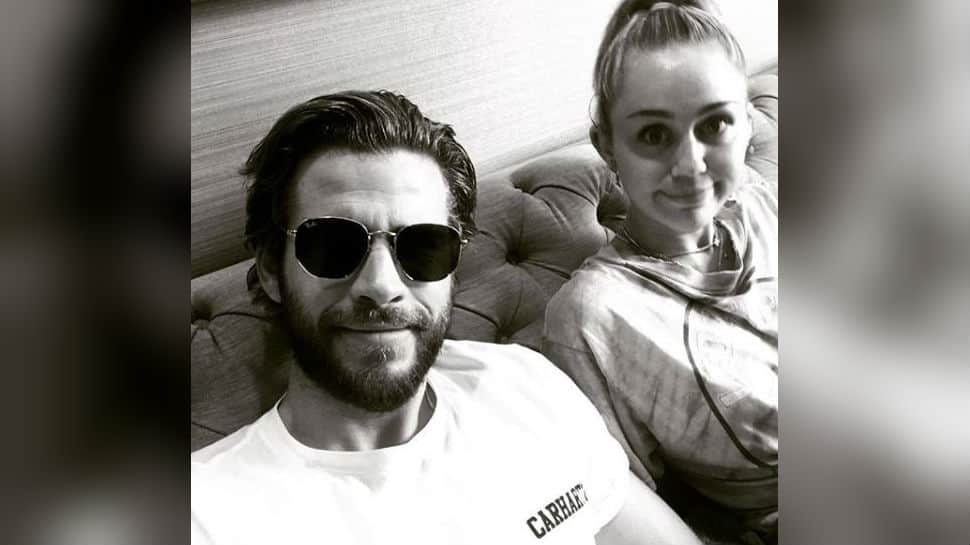 Los Angeles: Pop star Miley Cyrus may have made it amply clear that her split with ex-beau and actor Liam Hemsworth is final, but the families of both these hearththrobs are hoping they will work things out.

"Miley's and Liam's families are encouraging them not to make any quick moves when it comes to officially divorcing," a source said, according to an exclusive report in the latest edition of "Us Weekly", adding that relatives of both celebrities were "hoping they can work things out".

However, music industry watchers feel a reunion with Liam could be impossible for Miley, after her escapade with celebrity blogger Kaitlynn Carter this past weekend in a Hollywood nightclub.

In the club, two ladies were reportedly spotted "basically having sex", according to a "pagesix.com" report. The report added the duo "didn't care who saw".

Miley's club outing with Kaitlynn comes in the wake of photographs that recently surfaced of the two getting cozy during a trip to Italy. Liam, "pagesix.com" adds, was "devastated" after seeing the snapshots.

The 26-year-old Miley and Liam, 29, announced their break-up on August 10 after eight months of marriage. They had been together for nearly a decade.

"Liam and Miley have agreed to separate at this time. Ever-evolving, changing as partners and individuals, they have decided this is what's best while they both focus on themselves and careers. They still remain dedicated parents to all of their animals they share while lovingly taking this time apart," Miley's representative had said in a statement to "Us" at the time of the split.