Miley and Liam had been married for less than one year and shocked their fans earlier this month when they issued a statement announcing their separation. 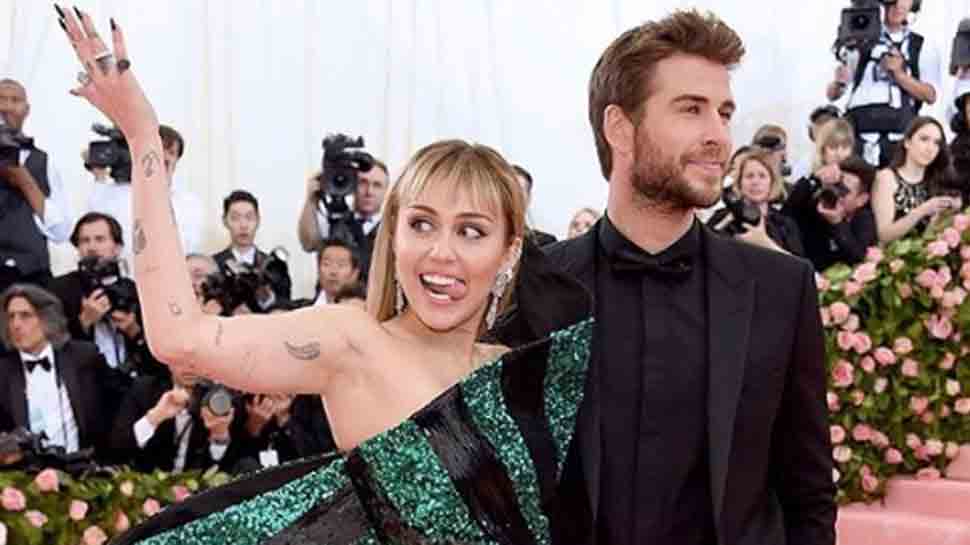 Washington DC: Miley Cyrus on Thursday cleared the air around rumours that her split from husband Liam Hemsworth was because of cheating.

"I can accept that the life I've chosen means I must live completely open and transparent with my fans who I love, and the public, 100% of the time," she wrote on Instagram. The 26-year old continued, "What I can`t accept is being told I`m lying to cover up a crime I haven`t committed. I have nothing to hide.

"The 'Hannah Montanna' star also spoke openly about her teens and said that its 'no secret' that she was 'into partying'.

In addition, she wrote about how she "experimented with drugs" and admitted "I f--ked up and cheated in relationships" when young.

And what`s more, Cyrus was even thrown out of "Hotel Transylvania" for "buying Liam a penis cake for his birthday and licking it.""I swung on a wrecking ball naked" and guessed there were more nude photos of her on the internet than "maybe any woman in history," she added in her post.

After all her dark revelations, Cyrus pointed out to the fact that "once Liam and I reconciled, I meant it, and I was committed."

"There are NO secrets to uncover here. I`ve learned from every experience in my life. I`m not perfect, I don`t want to be, it`s boring. I`ve grown up in front of you, but the bottom line is, I HAVE GROWN UP," she wrote further.

She then admitted to doing "a lot of things but I refuse to admit that my marriage ended because of cheating. Liam and I have been together for a decade. I`ve said it before & it remains true, I love Liam and always will." The split with Hemsworth for her was about making "a healthy decision".

"I am the healthiest and happiest I have been in a long time. You can say I am a twerking, pot-smoking, foul-mouthed hillbilly but I am not a liar," she added. Cyrus` brave disclosure received a thumbs up from scores of celebrities including Madonna who said, "Thank GOD!! You are human!

A woman who has lived. No need to apologize!!"

This long detailed post came just a day after Hemsworth filed for divorce with the singer.

The two had been married for less than one year and shocked their fans earlier this month when they issued a statement announcing their separation.