In the candid interaction, the star termed her relationship with Hemsworth as "unique." 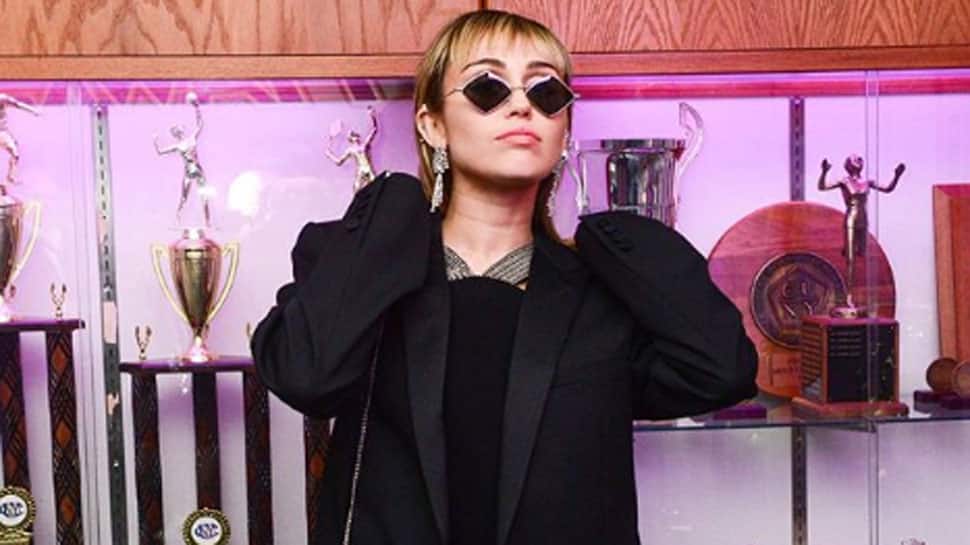 Washington: Singer-songwriter Miley Cyrus, who is known for her unfiltered opinions, recently opened up about her marriage to actor Liam Hemsworth and admitted that she is still "attracted to women."

It was nearly seven months ago that the 26-year-old singer confirmed that she had tied the knot with Hemsworth, after dating him for years. Despite their long-time relationship, the artist, who is Elle's August 2019 cover star, told the magazine, "I think it's very confusing to people that I`m married," reported E! News. In the candid interaction, the star termed her relationship with Hemsworth as "unique."

"But my relationship is unique. And I don`t know that I would ever publicly allow people in there because it`s so complex, and modern, and new that I don`t think we`re in a place where people would get it. I mean, do people really think that I`m at home in a f--king apron cooking dinner," she said. Speaking about her sexuality she said, "I`m in a hetero relationship, but I still am very sexually attracted to women. People become vegetarian for health reasons, but bacon is still f--king good, and I know that."

She went onto say that she made the decision to settle down with Hemsworth because she chose to be with the best "partner" for her."

I made a partner decision. This is the person I feel has my back the most. I definitely don`t fit into a stereotypical wife role. I don`t even like that word," she added. Another word that she hates is "selfish," particularly when it comes to women and their choices.

"We`re expected to keep the planet populated. And when that isn`t a part of our plan or our purpose, there is so much judgment and anger that they try to make and change laws to force it upon you--even if you become pregnant in a violent situation," the singer said.

"If you don`t want children, people feel sorry for you, like you`re a cold, heartless bitch who`s not capable of love. Why are we trained that love means putting yourself second and those you love first? If you love yourself, then what? You come first," she said.

It`s that self-love and empowerment that the singer has made the focus of her upcoming seventh studio album, `She Is Miley Cyrus`."She` does not represent a gender. She is not just a woman. `She` doesn`t refer to a vagina. She is a force of nature. She is power. She can be anything you want to be, therefore, she is everything. She is the super she. She is the she-ro. She is the She-E-O," she said.

She added, "At this time of my life, I feel the most powerful I`ve ever felt. I like the way being sexual makes me feel, but I`m never performing for men."Before the star considers stepping into motherhood, she is calling for help with the planet.

"We`ve been doing the same thing to the earth that we do to women. We just take and take and expect it to keep producing. And it`s exhausted. It can`t produce," she said.

"We`re getting handed a piece-of-s--t planet, and I refuse to hand that down to my child. Until I feel like my kid would live on an earth with fish in the water, I`m not bringing in another person to deal with that," she added.

The couple first met 10 years back during the production of their movie, `The Last Song`, and tied the knot last year in December around Christmas. It was a close-knit ceremony with only family members joining in.