Singer-songwriter Miley Cryus is not going to perform at the 2019 MTV Video Music Awards (VMAs). She declared her absence from the upcoming award ceremony after her work was not recognised among this year`s nominations. 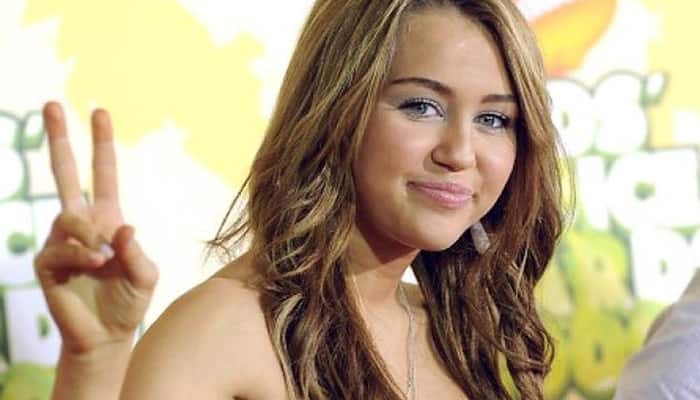 Washington DC: Singer-songwriter Miley Cryus is not going to perform at the 2019 MTV Video Music Awards (VMAs). She declared her absence from the upcoming award ceremony after her work was not recognised among this year`s nominations.

An Instagram fan account for the 26-year-old singer shared a snap of Cyrus with her pup Bean on Wednesday. The post`s caption referenced to the star`s nomination snub, saying, "Guess I`m not watching the VMAs this year unless Miley performs."

Well, needless to say, this fan will definitely not be tuning in to watch the award show this year as Cyrus commented on the post the following day.

The Grammy nominee dropped her five-track extended play titled `She Is Coming`, in May. Its debut was followed by the release of an NSFW music video for the EP`s song `Mother`s Daughter`, but it drew in mixed feedback from the viewers, reported Us Weekly.

Her single `Nothing Breaks Like a Heart`, on which she collaborated with musician Mark Ronson in November 2018, was also not recognised.

Singers Taylor Swift and Ariana Grande led this year`s nominations when they each scored 10 nods under the show`s most competitive categories, including Song of the Year and Video of the Year.

Cyrus has a very deep history with the VMAs. In 2013, Cyrus, who was in the midst of her Bangerz era, stunned the world when she took the stage and twerked while surrounded by giant teddy bears. She even danced on Robin Thicke when he appeared on stage to perform `Blurred Lines`.

The `Hannah Montana` star has since looked back at that experience negatively, as she told Harper`s Bazaar in 2017 that the behaviour "became something that was expected of me."

Nicole Kidman reveals one red carpet dress that tops them all!