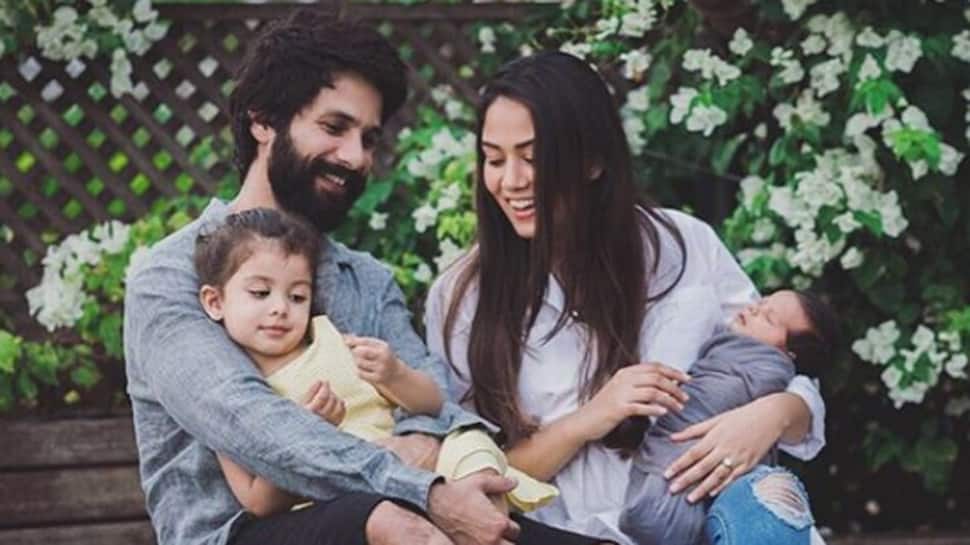 New Delhi: One of the cutest couples of Bollywood, Shahid Kapoor and Mira Rajput are quite active on social media and often share deets from thier lives. The couple was blessed with Misha in the year 2016 and became parents for the second time in 2018 after their son, whom they named Zain Kapoor was born.

On the occasion of New Year, Mira took to Instagram and shared an adorable family picture which will make you go 'Aww'!

The caption is, “Grateful for the year that made us complete Happy New Year”

On the work front, Shahid will share screen space with Kiara Advani in 'Kabir Singh'. The film is the Hindi remake of Telugu hit 'Arjun Reddy' and also features Nikita Dutta. It is written and directed by Sandeep Vanga and is jointly produced by Cine1 Studios and T-Series. The actor got rid of his beard for his role in the film.