'Mission Mangal' gets a buttery twist

Amul gave a shout out to the film, which is based on the Indian Space Research Organisation's successful mission to Mars. 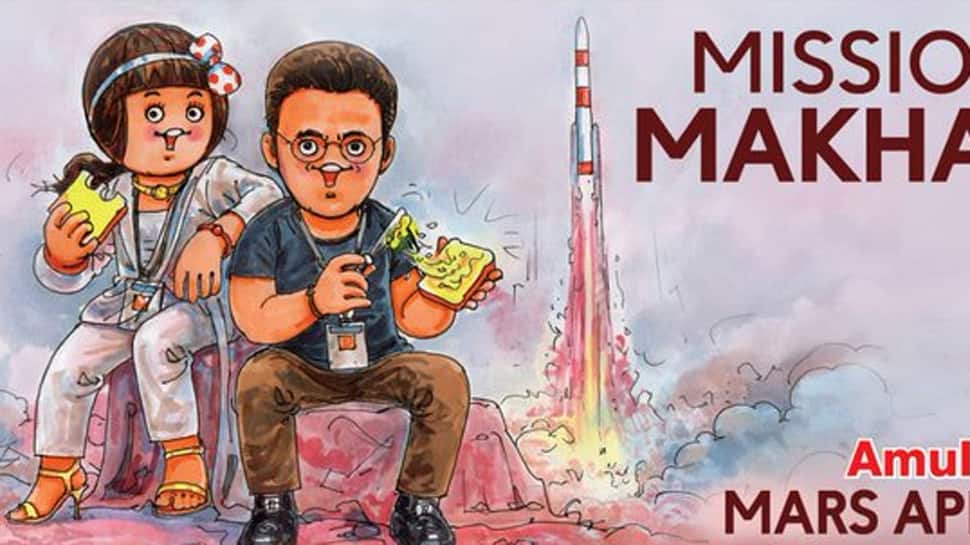 The brand is known for coming out with quirky tributes to anything that is popular, so an ad featuring "Mission Mangal", which has recorded "fantastic numbers" at the box-office.

Amul gave a shout out to the film, which is based on the Indian Space Research Organisation's successful mission to Mars.

"Amul Topical: Bollywood hit on scientists of ISRO who contributed to Mars Orbiter Mission!," read the caption of the image that has a woman and man with ID cards around their necks and having bread with butter sliding on it.

The image also has a rocket and 'Amul Mars Appeal' as well as Mission Makhan written on it.

Taapsee tweeted: "How cool! These are always very very special! Thank you Amul! P.S next time I will add that hair band to my look. #MissionMangal #MissionAccomplished #MissionMakhan."

Here's what Prabhas does a day before his film releases