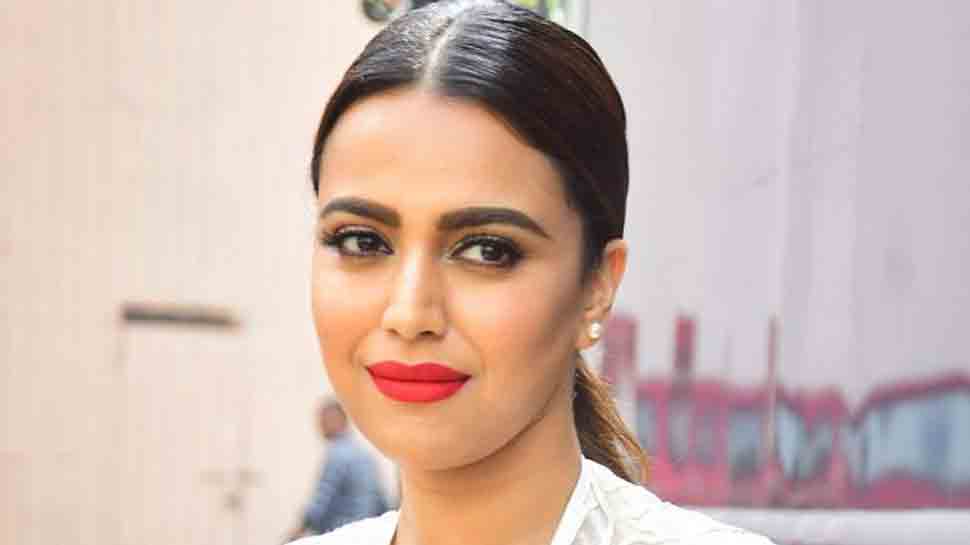 Mumbai: Actor Swara Bhasker, known for speaking her mind on various socio-political issues, said it's hard to "turn our face away from the harsh reality" of increasing cases of mob lynching in the country.

"Mob lynching has become an epidemic in the country today and I don't think that we can turn our face away from this harsh reality. There's no point in falsifying it," said Swara while addressing the press here.

The 'Nil Battey Sannata' actor also said a strong law is the need of the hour. "I have been trying to talk on the issue of mob lynching for the past 3-4 years and even asked for a Manav Suraksha Kanoon. But it's sad that things have got worse rather than improving."

Continuing with her concerns, Swara said, "It is very important that district authorities, where such incidents happen, take full accountability in the matter. I believe that the PM who has the power to do it will look into the matter."

Replying to a journalist's query on the political inclinations of those associated with the letter, the 31-year-old said, "So what if they are inclined. It is not bad. We live in a democracy where every ideology is welcome."

"Mob lynching is wrong and if anyone is voicing their concern on the matter, their ideology or inclination shouldn't matter. I wholeheartedly support the artistes, filmmakers, people who have written this letter," she said affirming her support.