Come to think of it, even in the era when he created music in Bollywood, his adherence to classicism made Khayyam an exception. Through the sixties, seventies and eighties - his busy years - Bollywood was discovering the sound of music coming from the West. 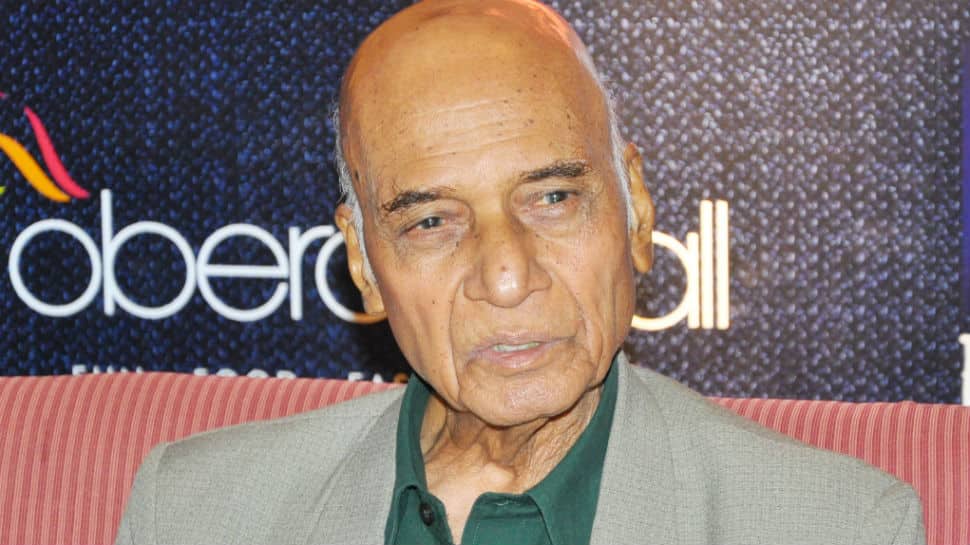 New Delhi: When living legend Lata Mangeshkar tweeted to describe music maestro Mohammed Zahur Khayyam Hashmi's demise as the "end of an era", she said it all. Khayyam's music, soaked in the spirit of rich classical allure, represents the sort of melody unthinkable in Bollywood mainstream nowadays. He was one of the last bastions of an era of Hindi film music that has all but ended - one that was defined by inherently Indian melody that celebrated the sounds and culture of the soil.

Come to think of it, even in the era when he created music in Bollywood, his adherence to classicism made Khayyam an exception. Through the sixties, seventies and eighties - his busy years - Bollywood was discovering the sound of music coming from the West. Ever the puritan, and never inclined to filch a note from western influences, Khayyam`s oeuvre had to be restricted to films that offered the scope for Indian notes.

Not surprisingly, the first film that comes to mind when you talk Khayyam is "Umrao Jaan", Muzaffar Ali`s lavish costume drama of 1981, which won the composer a National Award for Best Music Direction. The success of Ali`s arthouse gem has always been attributed to two factors primarily - the gorgeous Rekha`s career-defining performance as the eponymous courtesan and Khayyam`s songs, brought alive with haunting charm by Asha Bhosle.

Ghazals, thumris, dadras and other genres of Hindustani classical music were Khayyam`s forte. In an era when orchestra pop reigned, Khayyam was what many in Bollywood referred to as an artiste of refined expertise. He revelled composing songs in these intrinsically Indian genres for films such as "Anjuman" (1986), "Razia Sultan" (1983), "Bazaar" (1982), "Dil-e-Nadaan" (1982), and "Noorie" (1979).

His classical flair prompted the legendary Meena Kumari to approach Khayyam to score music for her album, "I Write, I Recite", where she sang her own poetry.

But Khayyam was equally effective scoring simpler tunes that complimented the poetry of Sahir Ludhianvi in "Kabhi Kabhie" and "Trishul", or Gulzar in "Thodisi Bewafaii". These films were musical hits

Khayyam was a creative genius who left his mark quietly, much like the subtle art he created in the recording studio. Clearly, his contribution mattered more than just as a music composer in Bollywood. His initiative to take essentially Indian music to the masses to the films he composed in saw him being conferred with the Sangeet Natak Akademi Award and a Padma Bhushan in his lifetime.

The mild-mannered genius may have breathed his last at Sujoy Hospital in Mumbai`s Juhu area, where he was admitted for around 10 days following a lung infection, but his body of work will continue to resonate.

Indeed, if his filmography looks like the legacy left behind by a master today, his early start as a musician probably accounts for as much. Khayyam began music direction at the age of 17 in Ludhiana.

At 18, his musical dreams were briefly halted. World War II was on, and Khayyam enlisted in the Army. It was only three years later that he landed in Mumbai, to continue with his musical journey.

There is an interesting anecdote here. He started off composing as Sharmaji of the Sharmaji-Varmaji composer duo, which created music for the 1948 film, "Heer Ranjha". His partner, Rahman Varma, however, left Bombay after Partition.

Five years on, it was time for Khayyam`s solo break. He scored music for the 1953 hit, "Foot Path", starring Dilip Kumar and Meena Kumari. Although Timir Baran was credited as the primary composer of the film, its success, and Khayyam`s natural tendency to thrive with classical notes impressed all. The rest, as they say, is history. Early hits included songs in films such as "Phir Subah Hogi" (1958), "Shola Aur Shabnam" (1961) and "Aakhri Khat" (1966) - the last mentioned marking superstar Rajesh Khanna`s entry into Bollywood.

Expressing condolence, Prime Minister Narendra Modi noted two very significant aspects that mark the master composer`s identity. First, PM Modi noted, "India will remain grateful to Khayyam Sahab for giving us some of the most memorable compositions, which will be remembered forever". Secondly, he observed that Khayyam would "also be remembered for his humanitarian gestures to support upcoming artists".

India will remain grateful to Khayyam Sahab for giving us some of the most memorable compositions, which will be remembered forever. He will also be remembered for his humanitarian gestures to support upcoming artists. His demise is extremely saddening.

Khayyam was a genius with a large heart, which genius became evident in 2016 when composer and his singer-wife Jagjit Kaur established the Khayyam-Jagjit Kaur KPG Charitable Trust, in the memory of their son, the late actor Pradeep who passed away six years ago. The couple gave away all their earnings to the cause of upcoming artistes and technicians of the film industry.

Mohammed Zahur Khayyam Hashmi - Khayyam to the world -- was 92 when he breathed his last. His unforgettable legacy will surely outlive that physical life span.