We came across a throwback video of Mona and Puja dancing to the Babu Jee Zara Dheere Chalo song. 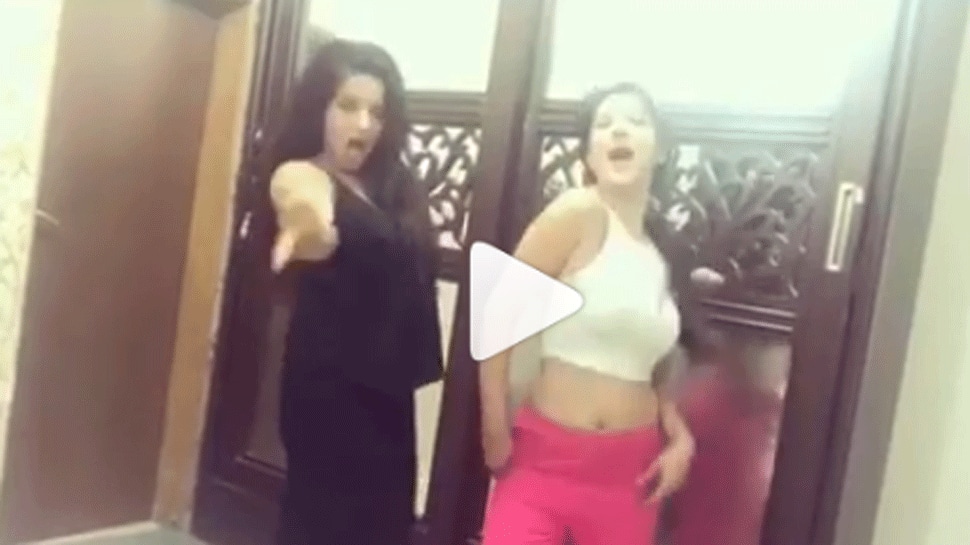 Mumbai: Monalisa and Puja Banerjee's social media posts prove that they are best friends. The Bhojpuri diva and the TV star keep sharing pictures and videos of the fun times they share and give us friendship goals.

We came across a throwback video of Mona and Puja dancing to the Babu Jee Zara Dheere Chalo song. In the video, we can see them dancing like there's no tomorrow.

Check out the video below:

The actress made a million hearts skip a beat as Jhuma Boudi in a typical Bengali avatar in web-series 'Dupur Thakurpo season 2' recently. She treated her fans with a number of photographs and promo videos of the web-series and thus set the internet on fire.

Monalisa, who became a household name after appearing in the tenth season of Bigg Boss hosted by Bollywood superstar Salman Khan, married Bhojpuri actor Vikrant Singh Rajpoot while she was inside the house. Her wedding ceremony was aired on national television.

Monalisa aka Antara Biswas is a very popular name in the Bhojpuri film industry. She is one of the highest paid actresses. She made her debut in a film titled Bhole Shankar in 2008 and has worked in a number of films since then.

Puja, on the other hand, became a household name after she essayed the role of Goddess Parvati in Devon Ke Dev - Mahadev between 2013–2014.

She has also acted in regional films and the list includes Veedu Theda (Telugu) and Macho Mastanaa, Proloy and Rocky (Bengali) to name a few. Puja is engaged to TV actor Kunal Verma.