Monalisa performing on Mungda vs Nora Fatehi's Dilbar: Which is better? 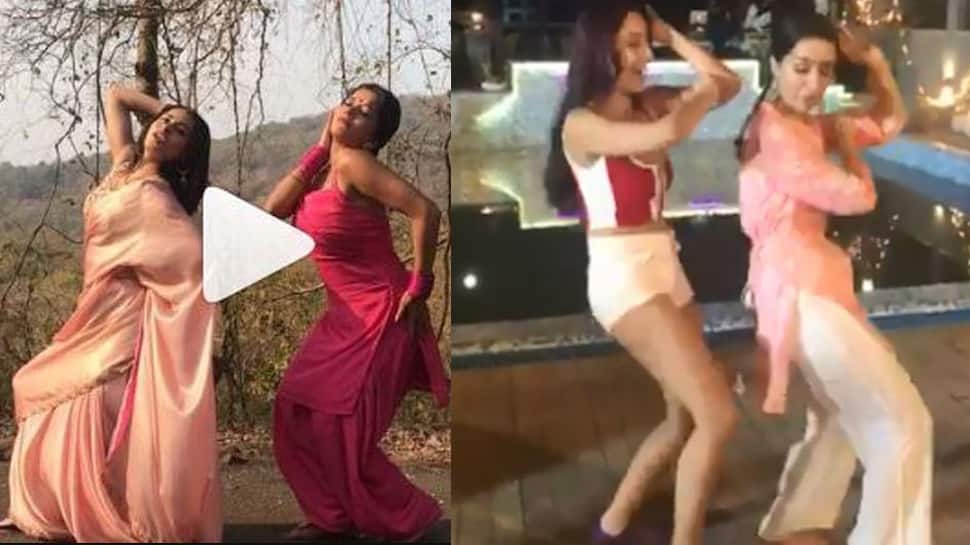 New Delhi: Bollywood actress Nora Fatehi and Bhojpuri diva Monalisa have taken the internet by storm by flaunting their dance movies on social media. Both the actresses have a huge fan following and their videos go viral seconds after they post on social media.

Nora and Monalisa are both amazing dancers and have time and again shared their dance videos on Instagram. However, in a battle of moves, we couldn't decide who is better, out who is better. Can you?

First, have a look at Monalisa's video in which she is performing on Mungda. The video instantly went viral on social media.

Now, have a look at Nora Fatehi's scintillating moves on Dilbar, which is a revamp of the 90's song by the same name. In the video, Nora can be seen teaching some moves to her co-star Shraddha Kapoor.

Teaching this cutie @ShraddhaKapoor how to do the Dilbar hook step  yayyy she did it  pic.twitter.com/klRr6xNHiz

We bet it must have been as difficult for you to pick the better dancer as it was for us.

The Moroccan beauty Nora Fatehi became popular as 'Dilbar' girl after she danced her heart out on the song. The song from John Abraham and Manoj Bajpayee starrer 'Satyamev Jayate' went on to become a rage is still loved by the audiences. On the work front, Nora would be seen in Street Dancer alongside Varun Dhawan and Shraddha. The shooting

While Monalisa, on the other hand, is seen playing a supernatural character in a popular TV show Nazar. She became a household name after appearing in reality show Bigg Boss.

'Gully Boy' gave us great push but we shouldn't be dependent on it: Rapper DIVINE