The story of the show revolves around Inspector Sartaj Singh and the gangster Gaitonde, played by Saif Ali Khan and Nawazuddin Siddiqui respectively. 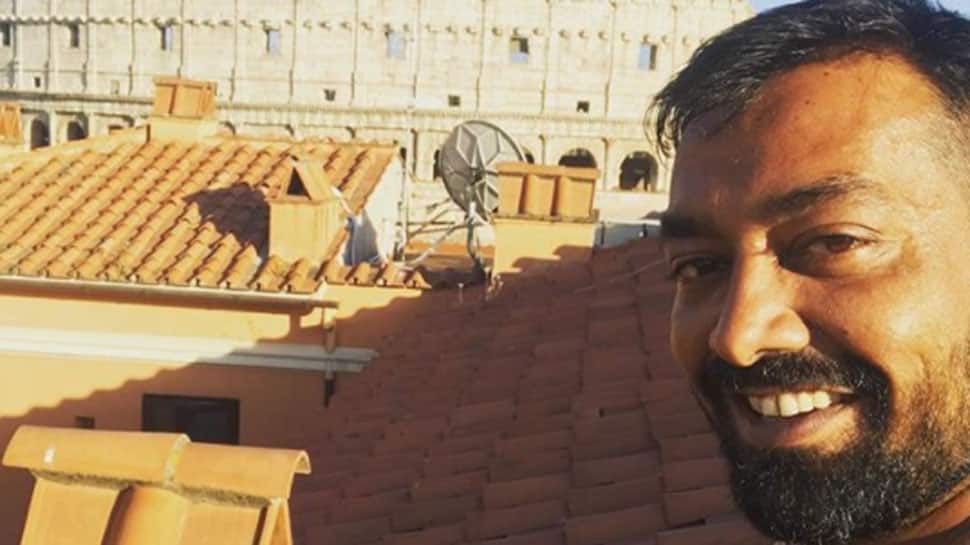 Mumbai: Anurag Kashyap, the poster child of the indie cinema in the new-age Bollywood, returns with the second season of his popular and acclaimed Netflix series, "Sacred Games" on Independence Day. As the clock ticks for the premiere of the new season, Kashyap says the pressure of living up to expectation is heavy, but he is happy with the content.

"I feel the pressure is more this time. When we started the first season, we had no idea of the impact we were going to create. So, we could do just what we wanted to do," Kashyap told IANS during a set visit of the show.

"Now it (the show) has become a giant. We feel like, one shouldn't do something so big -- build a fan-following that hold so much expectation that in the second season, it becomes difficult to handle! Just joking! Of course, we love the fact that we made the show exactly as we wanted. So, I am under pressure but I am happy!" he said.

The story of the show revolves around Inspector Sartaj Singh and the gangster Gaitonde, played by Saif Ali Khan and Nawazuddin Siddiqui respectively. The journey of these two characters are intertwined, and in the end, they have a face-off.

While Neeraj Ghaywan directed the story track of Sartaj, Anurag created the world of Gaitonde.

"I would have loved to do both the story tracks -- of Sartaj Singh as well as Gaitonde. However, understanding Sartaj's world is in itself a task. I would have needed two months in advance to get there. Honestly, time is a factor," he said, when we asked if he wanted to direct the entire season by himself.

Over the past two years, from the time he took up the co-directing "Sacred Games" till now, Kashyap has also balanced his film projects, Mukkabaaz and Manmarziyaan, which released durting this tenure.

"I would shoot ï¿½Manmarziyaan' in Amritsar by the day, and edit 'Sacred Games' by night. Before that, even as we shot the first season of 'Sacred Games', I was putting together the post-production of ï¿½Mukkabaaz'. So basically, a lot of madness happened over the past two years. I lost some weight as well!" he said.

The web series format, he contends, has a well-defined role for each of the crew members.

"While I shot my portions of the story, Neeraj shot his. We would submit the filmed material to Vikram (Vikramaditya Motwane) because he is the showrunner. Then Vikaram would sit down along with writer Varun Grover and editor Aarti Bajaj to create the final product. We all played an important role in the process because we looked at the material objectively. That made it sharper, smarter, and more specific," he elaborated.

Season two has been extensively shot abroad, in places such as South Africa, Ukraine, Croatia and Kenya, apart from various parts of Mumbai.

Sharing incidents to underline how popular Nawazuddin's character is among the audience, Kashyap said: "Gaitonde has a huge fan following abroad. We were shooting in a plush bungalow in Kenya, and we actually managed to get the bungalow for the shoot because the owner came to know that Gaitonde was coming to shoot Sacred Games! Nawaz bhai is really famous there!"

Radhika Apte and Kubbra Sait became popular among the audience in the first season. In the new season, the show features actors such as Pankaj Tripathi, Kalki Koechlin, Luke Kenny, Ranvir Shorey and Shobita Dhulipala.