Mouni Roy keeps it classy at the airport—Pics

Television and film actress Mouni Roy was spotted at the Mumbai airport recently. She was all smiles as the paps clicked her pictures.

New Delhi: Actress Mouni Roy was spotted at the Mumbai airport recently and caught the attention of paps. The stunner was all smiles as the paparazzi clicked her photos. She was seen dressed in a white shirt with beige culottes and completed her outfit with round sunnies. The actress is often spotted by the paps and poses gracefully each time. 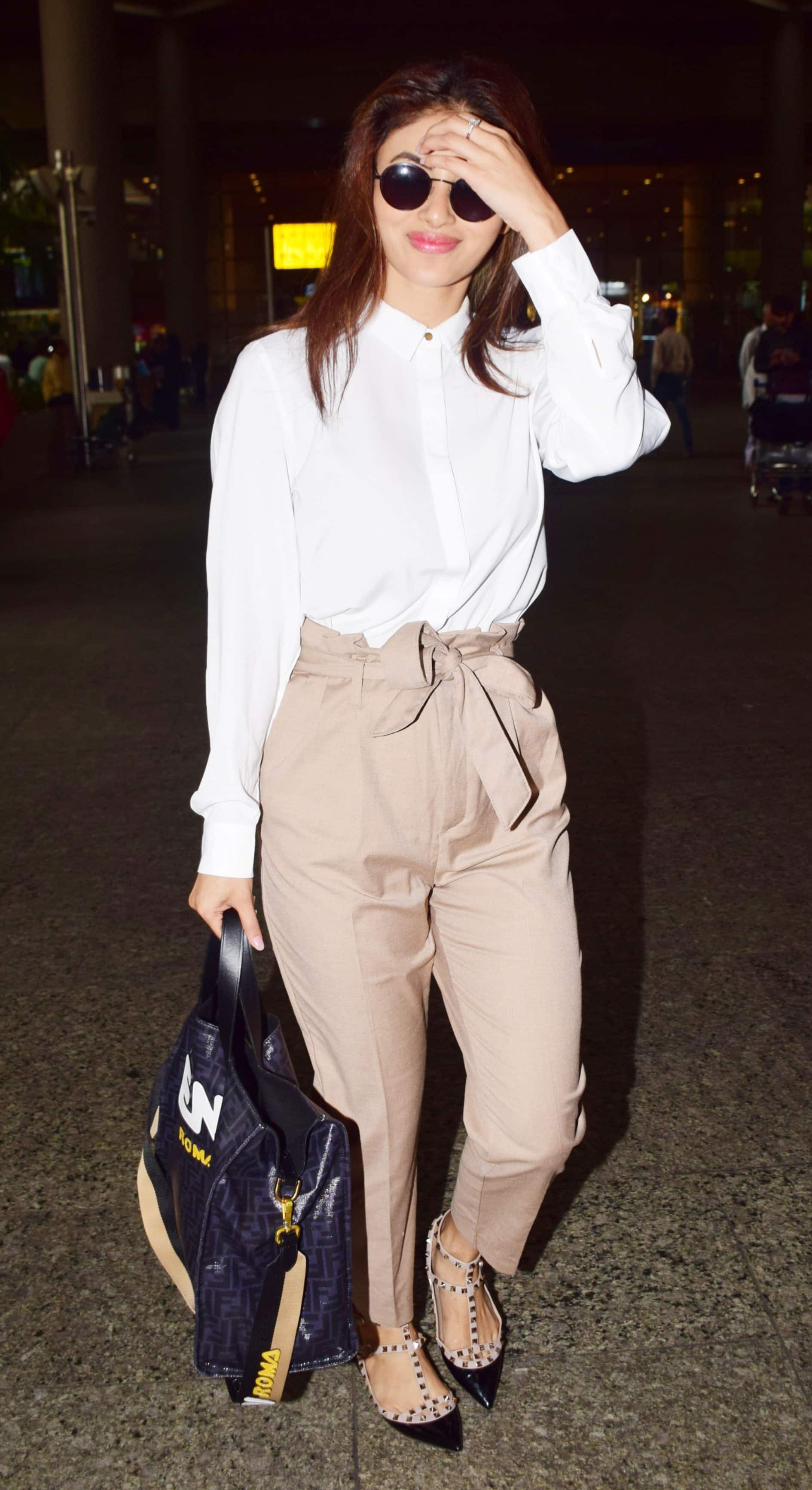 Mouni is a big name in the Indian television industry and has started working in Bollywood films as well. The actress made her big-screen debut with Akshay Kumar's 'Gold' last year and received heaps of praises for her work. She played Akki's wife in the film and won hearts with her performance.