Mouni recently shared a few pictures of her looking ravishing in a flowy striped gown with a halter neck and backless style.

New Delhi: The gorgeous Mouni Roy has smoothly transitioned from television to movies. Her maiden movie 'Gold' by Reema Kagti co-starred Akshay Kumar in the lead went on to work wonders at the Box Office.

The actress, who is quite popular on social media too enjoys over 9.1 million follower list on Instagram, who eagerly wait for her posts on the photo-sharing site.

Mouni recently shared a few pictures of her looking ravishing in a flowy striped gown with a halter neck and backless style. Heavily influenced by literature, Mouni's captions are always a reader's delight. 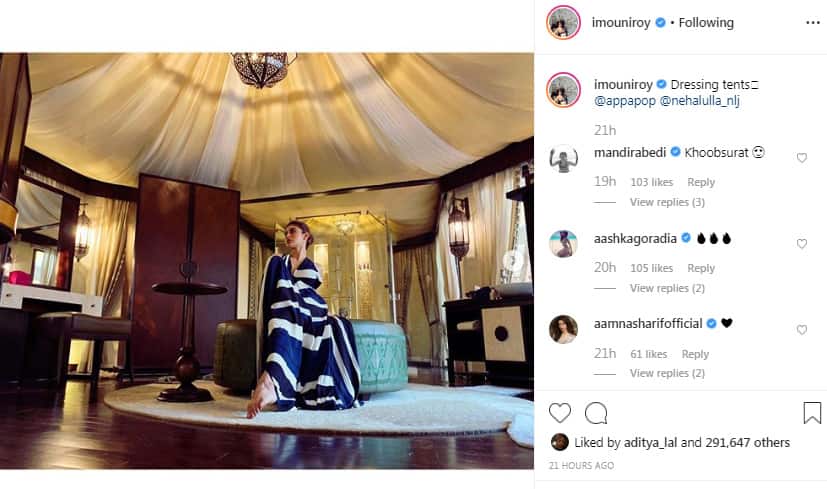 In the next picture, she wrote: “Who painted you? #OfSonnetsAndSunsets #nofilter

On the work front, she was last seen in John Abraham starrer 'RAW'—Romeo Akbar Walter. The bong beauty will next be seen in Ayan Mukerji's directorial 'Brahmastra' where she is set to entice the audience in a negative role. This is the very first time that the Bong beauty will essay a grey shade character.