New Delhi: The stunner of an actress, Mouni Roy is an avid social media user and that we all know. Fans love to throng to Instagram, just to check her latest updates. The 'Naagin' of small screens enjoys a massive 9.3 million followers list on the photo-sharing site.

Mouni in her latest Inst photos has got her hair game on fleek. Also, her Burberry stole will catch your fancy for sure. Here's her thoughtful caption: “Life ... either a big bag of adventure or nothing@_fashionismyreligion @fmrthestore.” 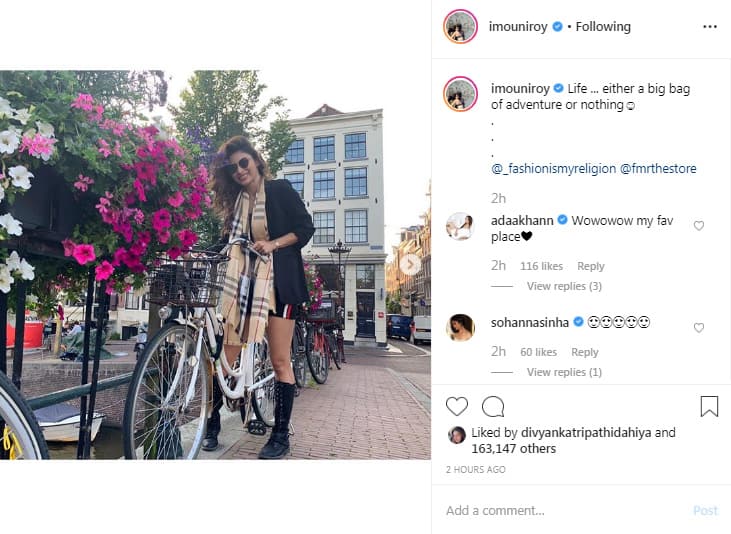 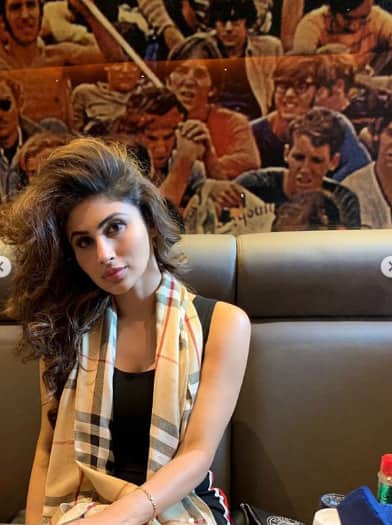 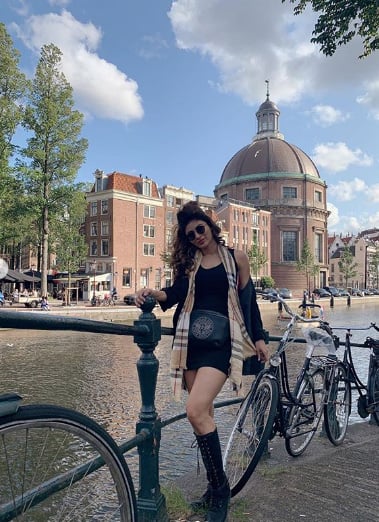 She is pretty busy on the professional front.

The young and sizzling star was last seen in John Abraham starrer 'RAW'—Romeo Akbar Walter. The bong beauty will next be seen in Ayan Mukerji's directorial 'Brahmastra' where she is set to entice the audience in a negative role. This is the very first time that the Bong beauty will essay a grey shade character.