On the work front, mommy Kareena will be seen in 'Good News' starring Akshay Kumar. 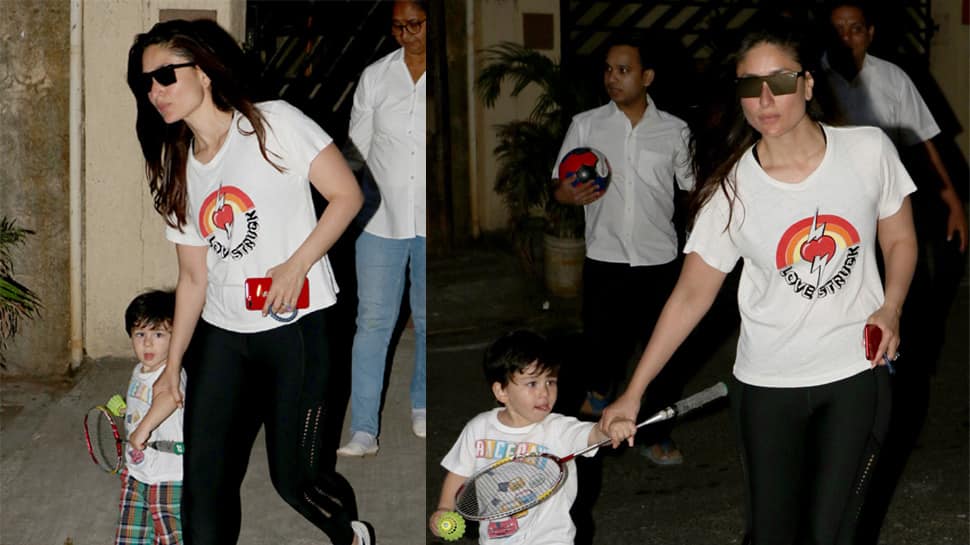 New Delhi: Saif Ali Khan and Kareena Kapoor Khan's little munchkin Taimur Ali Khan is the most loved star kid on social media. And why not! After all, people love to get their daily dose of Taimur on the internet by checking his latest pictures and videos.

Recently, he was spotted in Bandra along with mommy Kareena and guess what? This time, little Tai Tai had badminton racket and shuttlecock with him. Awwdorable, we say! Mommy Bebo and Tim twinned wearing white and looked simply awesome. Do not miss the cutesy expressions on little Tai Tai's face. Check out their pictures: 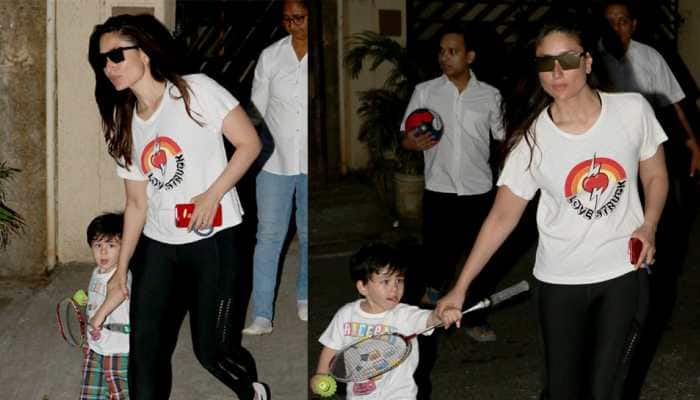 On the work front, mommy Kareena will be seen in 'Good News' starring Akshay Kumar, Punjabi heartthrob Diljit Dosanjh and Kiara Advani. The film is a romantic comedy featuring the two lead couples. The storyline deals with the issue of pregnancy and how these couples deal with it.