Bollywood divas Mrunal Thakur and Mouni Roy had the "BEST NIGHT EVER" when they met former England football captain David Beckham on Sunday. 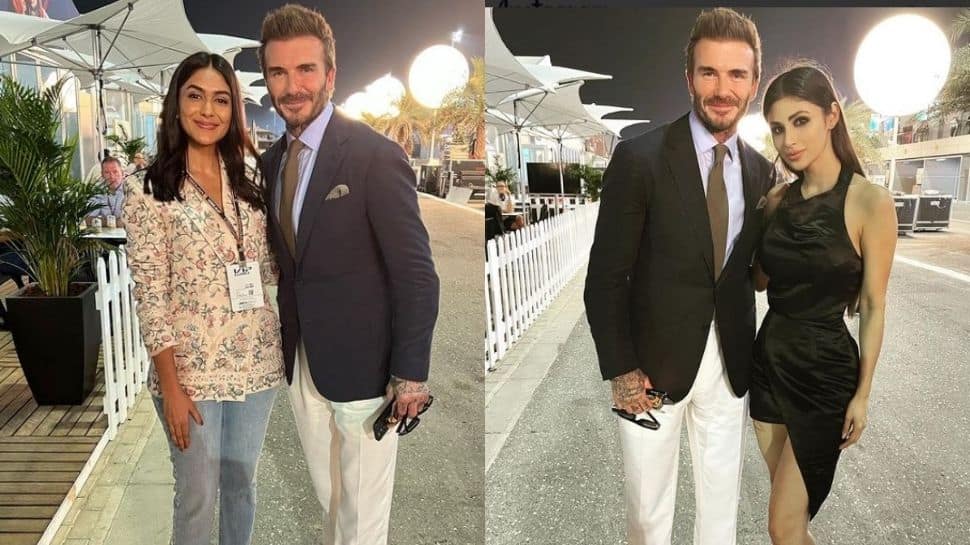 The two went to attend the Qatar Grand Prix and couldn't contain their joy when they met the heartthrob Manchester United legend.

The actors took to their respective social media handles to share their excitement.

Mrunal posted pictures with the footballer on her Instagram handle along with the caption, "AND THIS HAPPENED! BEST NIGHT EVER @davidbeckham @f1 @fabdoha."

Further, she wrote, "Are you jealous?"

Reacting to this, the post soon flooded with super interesting comments.

Mouni, too, posted a picture with David on her Instagram handle and wrote, "What just happened !?!? @davidbeckham #BEST."

In the picture, the actor looks stunning in a little black dress while the former striker turned heads with his lavender shirt teamed with a tie, blazer and white trousers.

Meanwhile, on the work front, Mrunal announced the release date of her upcoming film 'Aankh Micholi'.

On the other hand, Mouni's upcoming film 'Velle', also starring Abhay Deol and Karan Deol is soon going to release on December 10, 2021.