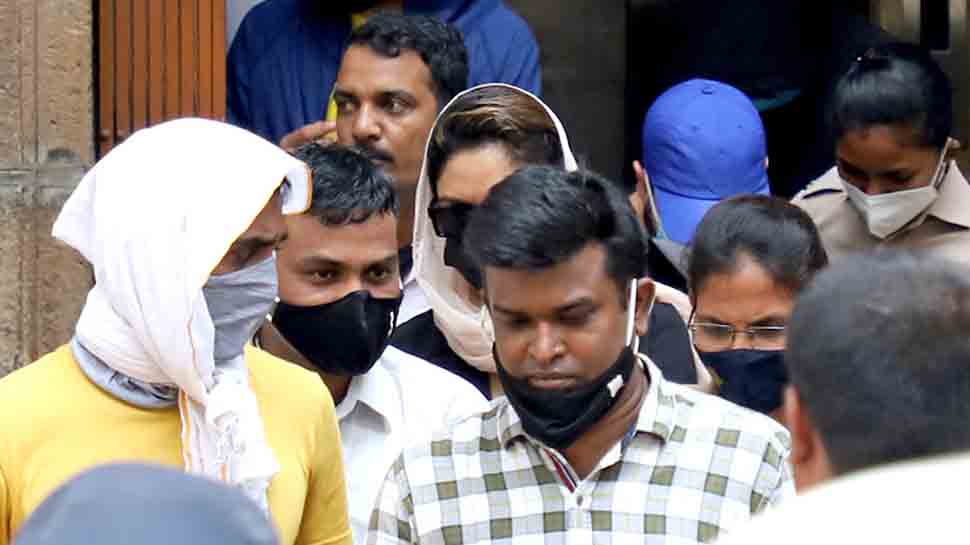 All four accused were arrested earlier today in connection with a drug seizure on a cruise ship off the Mumbai coast.

The anti-drugs agency had earlier arrested nine people, including Aryan Khan, after raiding the Goa-bound ship on Saturday. After the raid, the NCB's Mumbai zonal unit started a crackdown on drug peddlers connected with the arrested persons. The agency sleuths also brought some suspects, including from the cruise ship, to the NCB's office here for questioning, the official said.

During the questioning of suspects, the role of few more persons had come to light, following which they were placed under arrest, the official said.

Cruise ship party case | Today we arrested four more people. They had organised this party. Tomorrow, NCB will seek their custody from the court... A total of 16 arrests have been made, probe on: Sameer Wankhede, Director of Narcotics Control Bureau, Mumbai pic.twitter.com/w3qgsPTEWB

Earlier in the day, the anti-drugs agency said it had arrested two more persons in connection with the seizure of drugs from the cruise ship.

Based on the preliminary interrogation of the accused Mohak Jaswal, a team of NCB conducted a raid at Jogeshwari in Mumbai and intercepted one person with 2.5 gm of ecstasy and 54.3 gm (commercial quantity) of Mephedrone in his possession.

On the information provided by another arrested accused Ishmeet Singh Chadha, Shreyas Nair was arrested from suburban Goregaon with a small quantity of Charas, the NCB said.

The court on Monday remanded Aryan Khan (23) and seven others to the NCB custody till Thursday.

Meanwhile, when asked about the seizure of drugs from the cruise ship, a Mumbai Police official said on Tuesday that they are ascertaining whether necessary permissions were obtained from the DG, Shipping, and other authorities.

The NCB on Monday claimed before a city court that "shocking and incriminating" material recovered in WhatsApp chats of Aryan Khan and two others arrested in connection with the case showed international drug trafficking.

The Narcotics Control Bureau, which got the remand of Aryan Khan (23) and the other eight accused from the court till Thursday, also claimed that in the WhatsApp chats he is discussing modes of payment to be done for procurement (of drugs) and that several code names are being used.

Aryan Khan's lawyer had claimed no drugs were recovered from his client's possession.

The NCB on Sunday said they had seized 13 grams of cocaine, five grams of MD, 21 grams of charas and 22 pills of Ecstasy and Rs 1.33 lakh.

Meanwhile, family members of the arrested accused gathered outside the NCB office in south Mumbai on Tuesday.

Aslam Merchant, the father of Arbaaz Merchant, told media persons that his son and Aryan Khan are innocent.

"Aryan and Arbaaz are close friends for the last 15 years. They are innocent. My son was falsely implicated in this case. He and Aryan had not even boarded the cruise ship. Aryan was invited on the ship as a celebrity while Arbaaz accompanied him as his friend. Aryan had asked Arbaaz to accompany him," Aslam Merchant claimed.