My analogy about PoK was bang on: Kangana Ranaut tweets as she flies out of Mumbai amid her face-off with Shiv Sena

Kangana Ranaut drew the ire of the Shiv Sena government after she compared Mumbai with Pakistan-occupied-Kashmir (PoK) in her tweets. 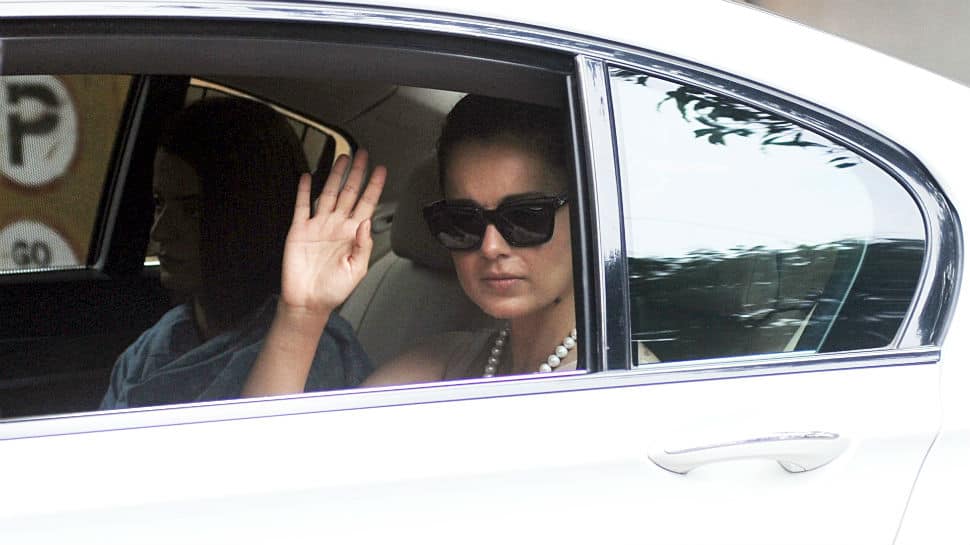 New Delhi: On September 9, actress Kangana Ranaut came to Mumbai amid her bitter face-off with the ruling Shiv Sena government in Maharashtra. And, after a 5-day visit to the city, earlier today, Kangana left for her hometown Manali.

Before flying to Manali, Kangana tweeted to say, "With a heavy heart leaving Mumbai, the way I was terrorised all these days constant attacks and abuses hurled at me attempts to break my house after my workplace, alert security with lethal weapons around me, must say my analogy about POK was bang on."

The actress drew the ire of the Shiv Sena government after she compared Mumbai with Pakistan-occupied-Kashmir (PoK) in her tweets. She received strong-worded reactions from Sena leaders, including Sanjay Raut, whom Kangana accused of threatening her to not return to Mumbai if she has no faith in the police.

Following this, she was given Y security. Kangana arrived in Mumbai amid tight security. On the same day, the Brihanmumbai Municipal Corporation (BMC) had conducted a demolition drive at her Mumbai office, razing portions that they claimed were "illegally built".

A day after the demolition, Kangana visited her Mumbai office to inspect property damage.

On Sunday, the actress also met Maharashtra Governor Bhagat Singh Koshyari along with sister Rangoli Chandel and stated that she hopes that she would get justice on the matter.

"I am honoured that Governor Koshyari met me. I talked about how I have been treated in Mumbai which has given me so much. I hope I get justice," Kangana said.

Sushant Singh Rajput helped me build a career when he was struggling: Choreographer Ganesh Hiwarkar